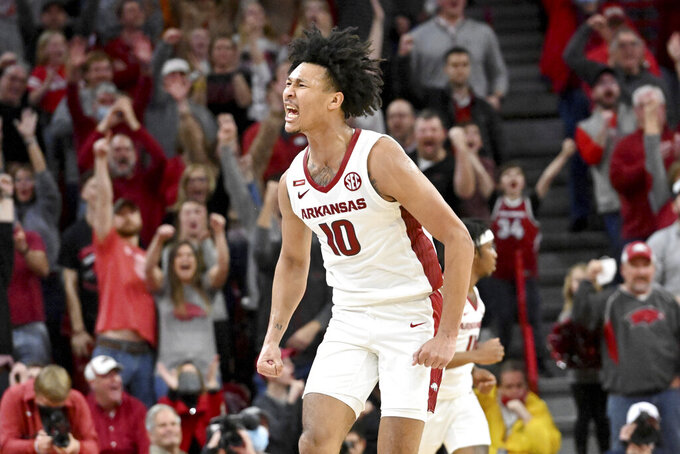 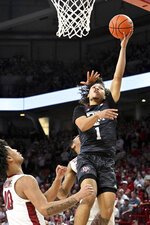 Texas A&M scored the last six points of regulation to tie it at 64-all, and took its first lead of the game on Quenton Jackson’s layup to start overtime.

But Arkansas jumped out to a 72-68 lead with 1:11 to play in the extra period. Wade Taylor IV's 3-pointer pulled Texas A&M to 72-71 with 42 seconds left. Jaylin Williams answered with a jumper and following a pair of Taylor free throws, the Razorbacks' Stanley Umude ended it with a dunk.

Williams collected his fourth double-double in five games for the Razorbacks, with 14 points and 11 rebounds to go with a career-best six steals. Umude finished with 15 points and Au’Diese Toney added 12.

The Razorbacks led 64-58 with 58 seconds to play in regulation, but Umude fouled Jackson on a 3-point shot. Jackson made all three free throws and later Hassan Diarra hit a 3 with 9.1 seconds to go. The Razorbacks didn't get off a shot on their last possession.