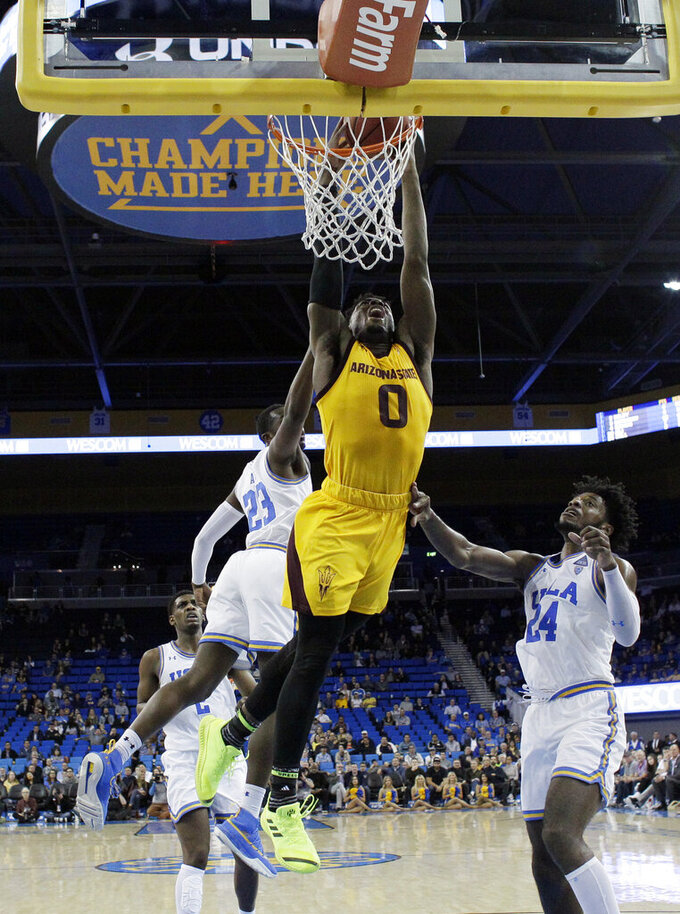 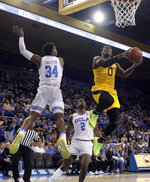 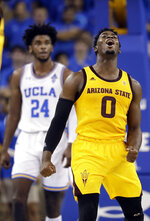 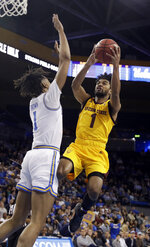 LOS ANGELES (AP) — It's not often Arizona State visits UCLA anymore thanks to Pac-12 scheduling. It's even rarer for the Sun Devils to win there.

Remy Martin scored 13 of his 15 points in the second half and had a career-high 11 assists, helping the ASU to an 84-73 victory on Thursday night for its first win at Pauley Pavilion since 2009.

The last time the Sun Devils won at UCLA, future NBA superstar James Harden was a freshman in their lineup.

"This is a very special place with a lot of tradition," ASU coach Bobby Hurley said. "We didn't get to come here last year, so we felt it was a great opportunity."

The Bruins (10-9, 3-3) lost their third in a row and seventh in 10 games. They struggled with missed shots and turnovers in the final six minutes and made just 6 of 15 free throws in the second half.

"It was nice for a team to miss some free throws and shoot below the percentage," Hurley said. "For some reason, teams seem to shoot better against us."

UCLA was unlucky, too. The Bruins missed three shots on one possession when they were behind by eight.

"We had multiple good looks from our best players and it just didn't go in," Bruins interim coach Murry Bartow said.

Kris Wilkes and Jaylen Hands led UCLA with 15 points each.

Hands had a tomahawk dunk over Romello White with 2½ minutes left in the game that drew a loud reaction from the crowd of 7,555.

"Right now, it doesn't matter all that much," he said.

Trailing by one at halftime, the Sun Devils rallied behind Martin's hot shooting. He made three 3-pointers while scoring 13 points in the first eight minutes of the half.

"We just didn't convert on a lot of our opportunities and we didn't box out," Wilkes said. "In zone you have to box out and find somebody and hit them. It just trickled on and everybody missed some shots."

The Bruins scored the game's first 11 points while pressing Arizona State into missing its first four shots and committing two turnovers. They kept it up and led 27-17.

The Sun Devils used an 11-0 run of their own to take a 28-27 lead. UCLA had three turnovers during its drought.

Neither team led by more two points over the final 6:52 of the half. David Singleton's 3-pointer kept UCLA ahead 44-43 at the break.

Arizona State: The Sun Devils are back on a roll for the first time since the start of the season when they won their first seven and were ranked.

UCLA: The Bruins have their first three-game skid under Bartow after winning their first three in the aftermath of Steve Alford's firing. They face a tough trip to first-place Washington next week. "These players are working their tails off. Their spirit is great, the energy is great," Bartow said. "We just have to play a lot better."

"It was crazy seeing him with a different uniform," Martin said. "He's very successful and I'm just OK."

Riley had six points and a team-high 10 rebounds for the Bruins.

Martin, who is from nearby Chatsworth, played in front of several friends and family.

UCLA: Hosts Arizona on Saturday in the Wildcats' first visit to Pauley Pavilion since 2017.