Arizona State rolls over Oregon with big second half, 81-57 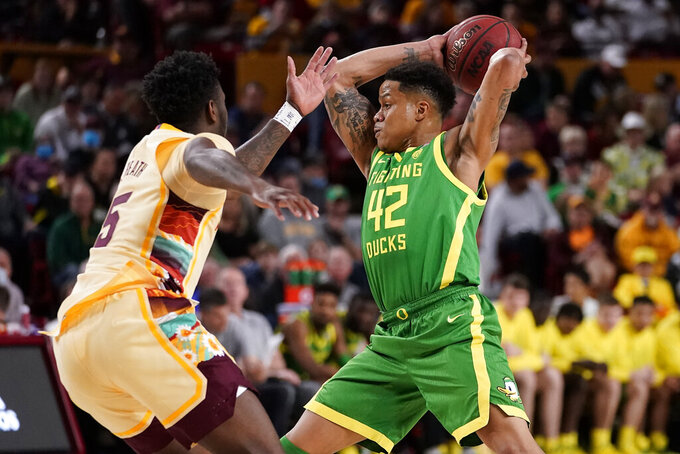 Arizona State posted its first regular-season sweep of Oregon since the 2010-2011 season. Jay Heath's 3-pointer with 11 seconds left in overtime gave the Sun Devils a 69-67 win in Eugene on Dec. 5. But Thursday night's game was nothing like that one with ASU building a double-digit lead three minutes into the second half that it would maintain and expand.

After falling behind by 19, four straight turnovers helped Oregon go on an 8-0 run and get back within 11 with 11:18 remaining. ASU responded by outscoring the Ducks 21-6 over seven minutes for a 26-point bulge.

Jackson made 4 of 5 from the arc and scored all 16 his points in the first half to lead Arizona State to a 36-30 lead.

Oregon is at No. 3 Arizona on Saturday. Arizona State is host to Oregon State on Saturday.