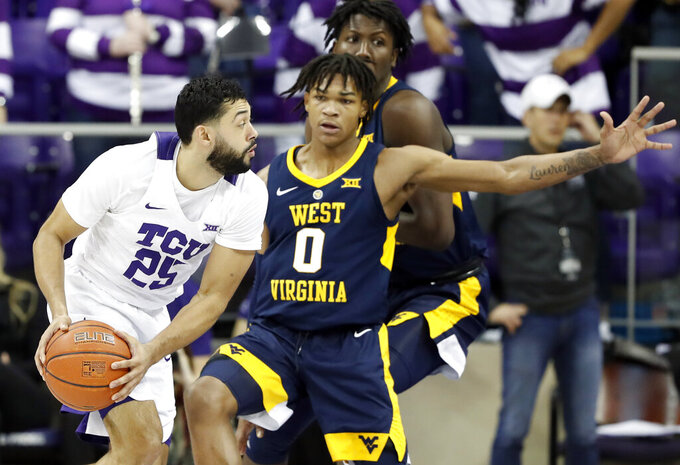 TCU guard Alex Robinson (25) looks for an opening against West Virginia guard Trey Doomes (0) in the first half of an NCAA college basketball game, Tuesday, Jan. 15, 2019, in Fort Worth, Texas. (AP Photo/Tony Gutierrez) 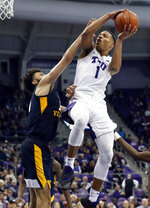 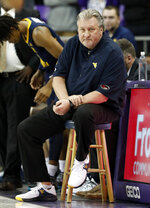 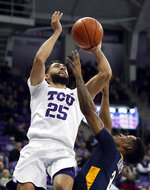 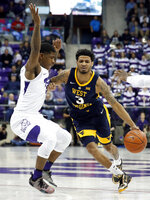 FORT WORTH, Texas (AP) — Desmond Bane and TCU quickly got over the sting of consecutive tough road losses to Top 25 teams that knocked them out of the poll. The Horned Frogs returned home with their biggest margin of victory in a Big 12 game.

And for West Virginia, which like TCU is in its seventh Big 12 season, it was their most-lopsided conference loss during that time.

"We didn't compete," Mountaineers coach Bob Huggins said. "We got down, and we kind of settled to lose, instead of competing."

"Wow," Bane responded when told about it being the biggest Big 12 win for the Frogs. "It shows where the program's headed. The ceiling's high for this program."

"You've got to win your home games, and you want to split on the road, is the best formula for a Big 12 championship," said TCU coach Jaime Dixon, in his third season at his alma mater. "We went 0-2, but we played at two of the tougher places, tough venues, best teams. Both games we could have won."

West Virginia (8-9, 0-5) appears to be going in the opposite direction.

The last time the Mountaineers lost their first five conference games was in their inaugural Big East season in 1995-96, which was 11 years before Huggins became their coach.

"We're just not any good," Huggins said. "We miss shots and throw the ball around."

Alex Robinson had 14 points and 10 assists for TCU. JD Miller added 13 points for TCU, while Kouat Noi and Lat Mayen each had 12. Kevin Samuel scored 10 points.

Bane's jumper after his offensive rebound just less than five minutes into the game made it 6-5 and put the Frogs ahead to stay, and their next basket was Bane's putback slam after Miller missed a breakaway layup.

West Virginia: The Mountaineers had won 12 of the previous 13 meetings against TCU, but never had a chance in this one after TCU had its first big run.

TCU: The Frogs played their fourth consecutive game without point guard Jaylen Fisher because of swelling in his right knee, and it's unclear when — or if — he will play again this season. Robinson had 10 of TCU's 20 assists.

"If I had more, I would have played them, I think. I'm just looking for somebody to go out and compete," Huggins said.

Owen Aschieris was a member of the TCU women's basketball practice team last season, before walking on to the men's team this season. He was awarded a scholarship Monday. The 6-foot-1 guard had played in five games, but hadn't scored until Tuesday night. He was 4-for-4 on free throws, going to the line after both of West Virginia's technical fouls in the final four minutes.

West Virginia has two home games in three days. The Mountaineers host No. 7 Kansas on Saturday, then play Baylor next Monday night.

After its first home game in 10 days, TCU is back on the road for the third time in a four-game stretch on Saturday at Kansas State.