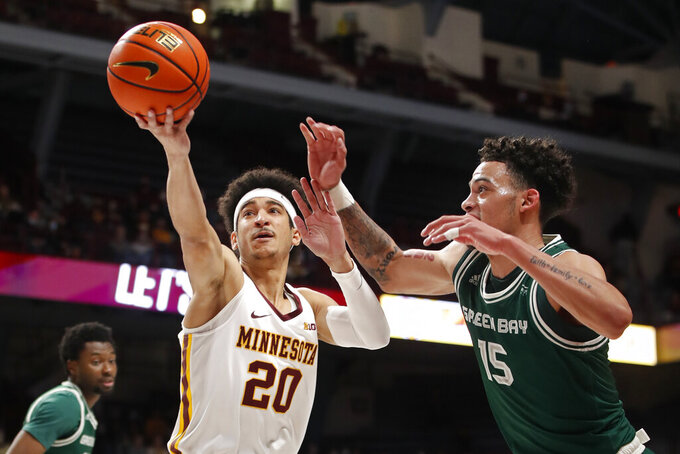 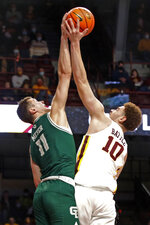 MINNEAPOLIS (AP) — Jamison Battle scored 23 points, Payton Willis had 10 of his 14 in the second half and Minnesota got by Green Bay 72-56 on Wednesday.

Willis, who previously play at Vanderbilt and College of Charleston, surpassed 1,000 career points (1,013) and added a career-high 10 assists. Sean Sutherlin scored 12 points, 11 in the second half, and Eric Curry scored 11 with 10 rebounds.

Despite Minnesota's quick start in the second half, the Phoenix stayed within striking distance before Sutherlin scored five straight points and then capped a 13-4 run for a 61-46 lead with 6:07 to go.

The Phoenix answered with seven-straight points but only made one of their final five shots while Minnesota made its final three.

Kamari McGee scored 14 points and Donovan Ivory 11 for Green Bay, which was 2 of 18 from 3-point range.