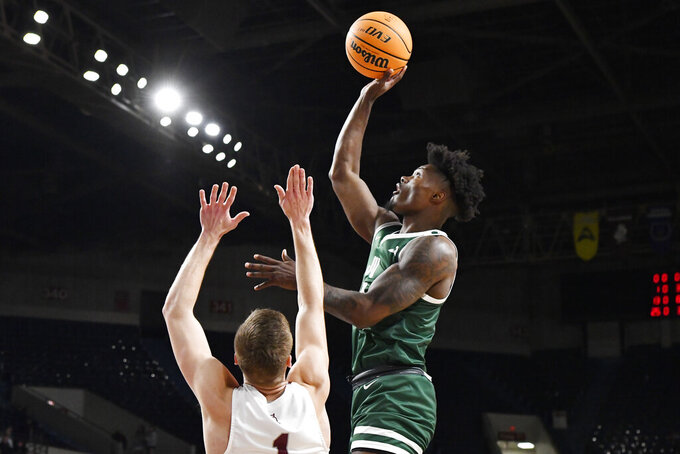 The Knights, in the second of a four-year transition to D-1, became heroes in Jacksonville, Alabama. Top-seeded JSU fell at home 54-51 to the Dolphins on Saturday, but since Bellarmine is ineligible for the NCAA Tournament, the Gamecocks will go dancing.

Bellarmine, a recent Division II power and 2011 champion, defeated Liberty, the other ASUN division champion, 53-50 on the road on Saturday. Jacksonville, which joined the ASUN in 1998, was seeking its first league championship and first NCAA berth in 36 years.

Bellarmine (20-13) made 11 of 12 free throws in the last two minutes with Fleming perfect on eight, to hold off Jacksonville, which made 5 of 8 field goals, two of them 3s, down the stretch.

Jordan Davis scored 22 points for the Dolphins (21-10), which lost the only regular-season meeting 76-73 in overtime in the same building, and Osayi Osifo and Tyreese Davis had 11 each.

Penn, Juston Betz and Curt Hopf hit consecutive 3-pointers to give Bellarmine a 9-4 lead and Sam Devault added back-to-back triples as the Knights started red hot. Penn's layup midway through the first half made it 28-10 with the Knights going 10 of 14, seven of the baskets behind the arc.

Jacksonville battled back to get within 36-26 at the half, despite going 0 of 10 from 3-point range compared to 9 of 16 for Bellarmine.

The Dolphins hit six 3s in the second half and shot 50% but could get no closer than six.