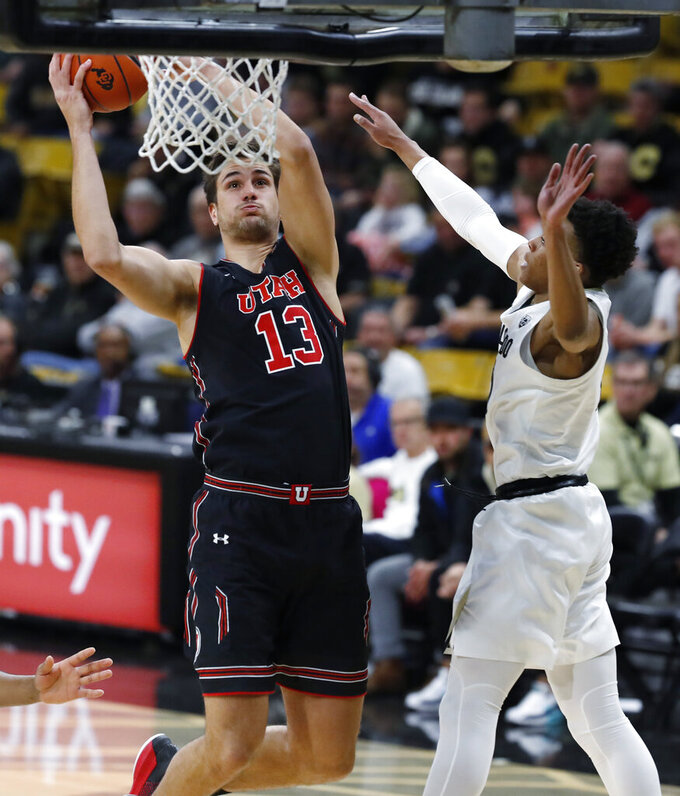 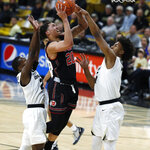 "Yeah, me rebounding helps the team out a lot," Bey said. "And on offense, I'm letting it come to me."

"Tyler is starting to understand who he is as a player and why he's successful when he is," Colorado coach Tad Boyle said. "A few games ago we really got on him for not pressuring the defense and he's done a better job since."

It was Bey's fifth double-double in his last seven games since having that talk with Boyle.

"I think it was just a matter of us missing shots," Sedrick Barefield said. "We had a lot of open shots tonight a lot of open kicks that just didn't go in. And we need those to win games."

Barefield did pace Utah with 19 points, but it took him 16 shots to get there.

The poor shooting started from the tip with Utah (15-13, 9-7), falling behind 8-0, failing to score until Timmy Allen's bucket at the 15:05 mark. Allen, who returned after a back injury sidelined him for two games, hit two more shots to spark a 9-0 run that gave the Utes a 9-8 lead when Sedrick Barefield capped the run with a 3-pointer. The Buffaloes took the lead for good on a Bey dunk with 9:25 left before halftime.

"I thought we had some really timely shots," Boyle said. "You have to do that. Utah is never out of it because they shoot the 3 so well. I thought our focus stayed true to form."

D'Shawn Schwartz, who finished with 16 points, nailed Colorado's first 3-pointer of the game as time expired in the first half to put the Buffaloes up 35-26.

"Our worst stretch is the last five minutes of the first half and once again we were in a close game and gave up seven points going down the stretch," Utah coach Larry Krystkowiak said. "The big 3 right before halftime was a dagger for us. "

Evan Battey tallied an effective 15 points on nine shots. The redshirt freshman forward who had a stroke just over a year ago has impressed lately

"I thought he did a really good job tonight," Boyle said. "He's important to us. You can see him coming. Now he's just confident and playing with poise."

Colorado: The win gives the Buffaloes an outside chance to finish in the conference's top four which would be worthy of a bye in the conference tournament. Colorado can help itself with a victory against UCLA on Thursday.

Utah: The Utes dropped into a tie with UCLA for fourth place in the Pac-12. The two will match up next weekend in Salt Lake City. The Utes have lost in their last two trips to Boulder but have still won 10 of their last 12 matchups against Colorado.

Colorado: The Buffaloes remain home for the final two games of Pac-12 regular-season play. The Buffaloes, who are tied with USC in the conference standings, host UCLA on Thursday before entertaining the Trojans on Saturday.

Utah: The Utes finish their regular season at home. They host USC on Thursday.