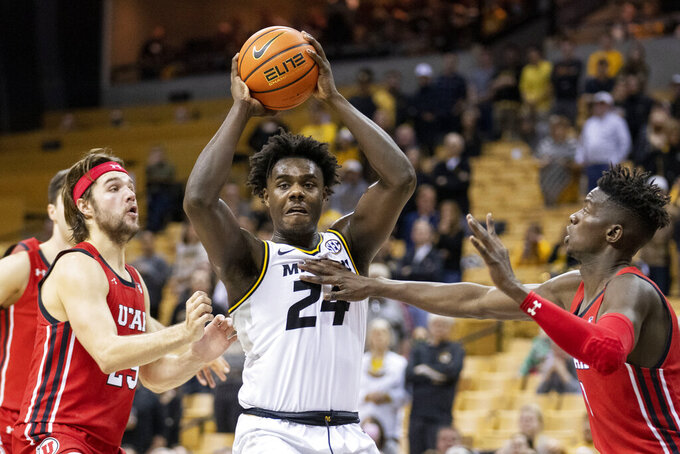 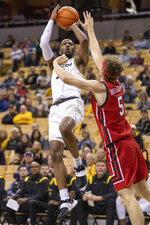 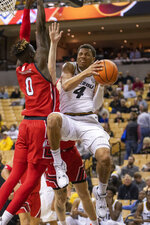 The game was tied at 71 before Brown hit a layup and a jumper for a 75-71 lead with 2:02 remaining. A minute later, Both Gach answered with two free throws for Utah, then Coleman buried a 3-pointer for a five-point lead with 32 seconds left. It was Missouri's largest lead of the game and the Tigers finished it off with a series of free throws.

Amari Davis scored 17 points for Missouri (6-5). Ronnie DeGray III had 10 points and a team-high seven rebounds. Javon Pickett added 12 points. Brown made 8 of 11 shots from the field and went 11 of 13 from the free-throw line.

The largest lead of the first half was four points in favor of Utah when Jenkins hit a 3-pointer for a 29-25 lead. Utah led 33-32 at the break. Missouri missed 14 3-pointers in the first half but kept it close by scoring 20 points in the paint and forcing nine turnovers while committing only two.

It was the fourth meeting between the two schools and the first at Columbia. Utah won the previous three games.