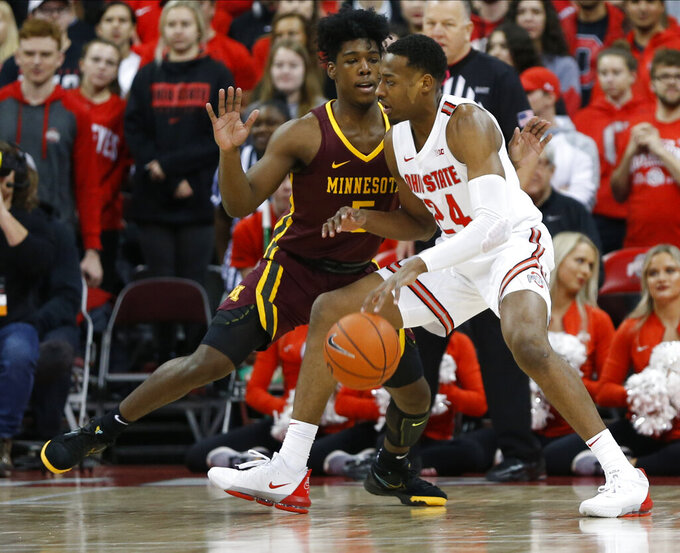 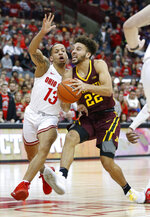 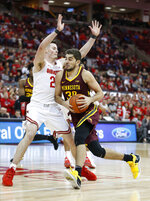 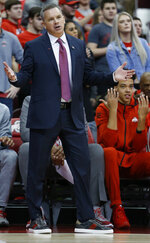 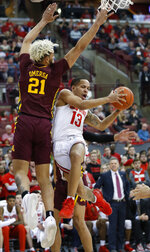 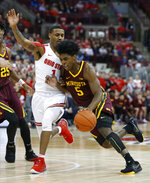 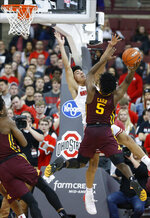 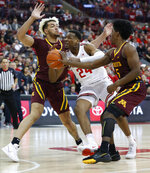 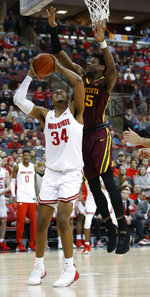 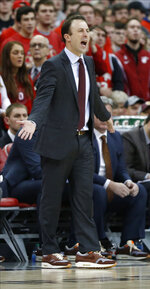 Carr, who made 3-of-5 from distance, drained the long shot on the possession after Ohio State's Kaleb Wesson missed a wide open 3 to give the Golden Gophers a 62-59 win on Thursday night, their first in Columbus in 15 years.

“It felt great to finally put it all together," Carr said. “We’ve been tested on the road a lot, we just haven’t responded in the right ways. We haven’t really been able to finish it down the stretch. Having a chance to do that tonight and seeing my guys really come and especially put it together on the defensive end and for us to be in that position was huge.”

The Gophers have won three out of the last four and had won just once on the road, a neutral site game at Tulsa, Oklahoma, over Oklahoma State on Dec. 21. They beat Ohio State at home on Dec. 15.

“It feels awesome,” Minnesota coach Richard Pitino said. “It doesn’t matter where you play in this league, if you get a win it’s cause for celebration and it's a cause for feeling good. We'll feel good tonight then we'll get over it. It's very, very hard to win in this league, and we're getting some quality wins. We've got some great opportunities coming up.”

Ohio State (12-7, 2-6) is going in the other direction. The Buckeyes have lost two in a row and five of the last six since Dec. 29. They climbed up to No. 2 in the AP Top 25 before the bottom dropped out. Now the season seems to be circling the drain.

“I think we in some ways took a step forward, but right now we’re just not good enough in enough areas to win in this league,” coach Chris Holtmann said.

Kyle Young led Ohio State with 14 points, including a pair of critical baskets down the stretch. Duane Washington Jr. had 12, CJ Walker had 11, and Wesson had 14 rebounds but only two points. Wesson came into the game as Ohio State's leading scorer but was neutralized by Minnesota's big man Daniel Oturu.

WHERE ARE THE SHOTS?

Ohio State pulled away for a 37-28 lead at the intermission, with Walker hitting a 3-pointer at the buzzer ending the first half. D.J. Carton was 2 for 3 from beyond the arc in the half. Then the Buckeyes went cold for a long stretch.

Minnesota: A big with for the Gophers, who played hard down the stretch and took advantage of Ohio State miscues, including a dozen turnovers.

Ohio State: The problems continue for the poor-shooting and at times sloppy Buckeyes, although they were in a position to stay in the game when Wesson missed the long bomb with 16 seconds left. That set up Carr's late heroics.

Ohio State brought its football team onto the floor at halftime to recognize 2019 accomplishments, which included a 13-1 finish, victories over Michigan, a Big Ten title and an appearance in the College Football Playoff. The Buckeyes lost 29-23 in the Fiesta Bowl to Clemson, which went on to lose to LSU in the championship. Coach Ryan Day said he was proud of the team while acknowledging the heartbreaking loss. “That game out there in Arizona did not sit well with us,” he told the Value City Arena crowd. “You have my word we’re not going to forget about that game.”

Ohio State: At Northwestern on Sunday.