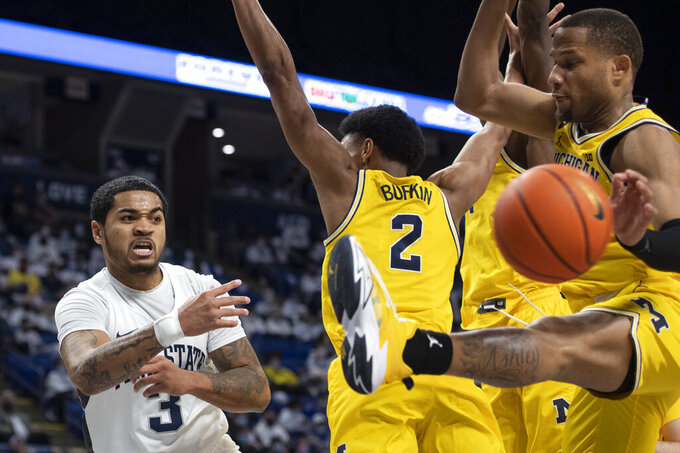 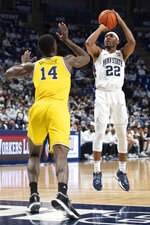 Michigan (12-9, 6-5 Big Ten) never trailed in the second half, but Penn State’s John Harrar made a pair of free throws to tie it at 48. The Wolverines answered with an 8-3 surge and led 56-51 with eight seconds to play.

Sam Sessoms made three free throws to pull the Nittany Lions to 56-54 with 4.1 seconds remaining. Eli Brooks added two free throws for Michigan before Myles Dread hit a corner 3 at the buzzer.

Michigan closed the first half on an 11-0 run to tie it 34-34 at the break. Penn State missed 12 consecutive field goals between the halves before Dread's 3-pointer pulled the Nittany Lions to 38-37 with about 14 minutes remaining.

Michigan hosts No. 3 Purdue on Thursday and 16th-ranked Ohio State on Saturday. Penn State plays at home against Minnesota on Saturday.