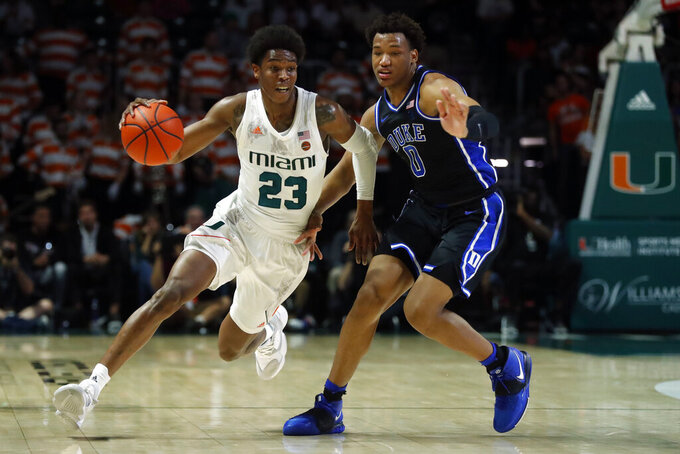 DURHAM, N.C. (AP) — Duke freshman forward Wendell Moore Jr. is out indefinitely after having surgery to repair a broken bone in his right hand.

Moore was hurt with about 4:40 left in Saturday’s 95-62 win at Miami. He lost the ball on a turnover and reached for a steal, then immediately grabbed his right hand. He stayed in the game for another possession before exiting with 4:11 left and immediately having his hand examined on the bench.

“We think everything's going to be good, but he'll be out for a while,” Krzyzewski said.

Moore has started five games and is averaging 7.4 points with 3.9 rebounds in 22 minutes of action for a team with a deep rotation.