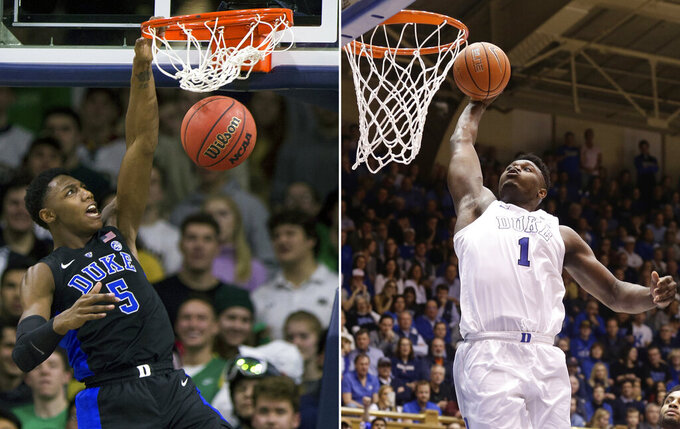 LOS ANGELES (AP) — Duke teammates Zion Williamson and RJ Barrett, along with Gonzaga's Brandon Clarke and Rui Hachimura, are among 15 players on the ballot for the John R. Wooden Award that goes to the nation's outstanding college basketball player.

The ballot was announced Saturday by the Los Angeles Athletic Club.

Voting by a national media panel takes place March 18-25, which includes the opening rounds of the NCAA Tournament. Fans can vote online.

The top 10 vote-getters will be named to the Wooden Award All American team after the Elite Eight round of the NCAA Tournament. Five finalists will vie for the Wooden Award to be presented on April 12 in Los Angeles.