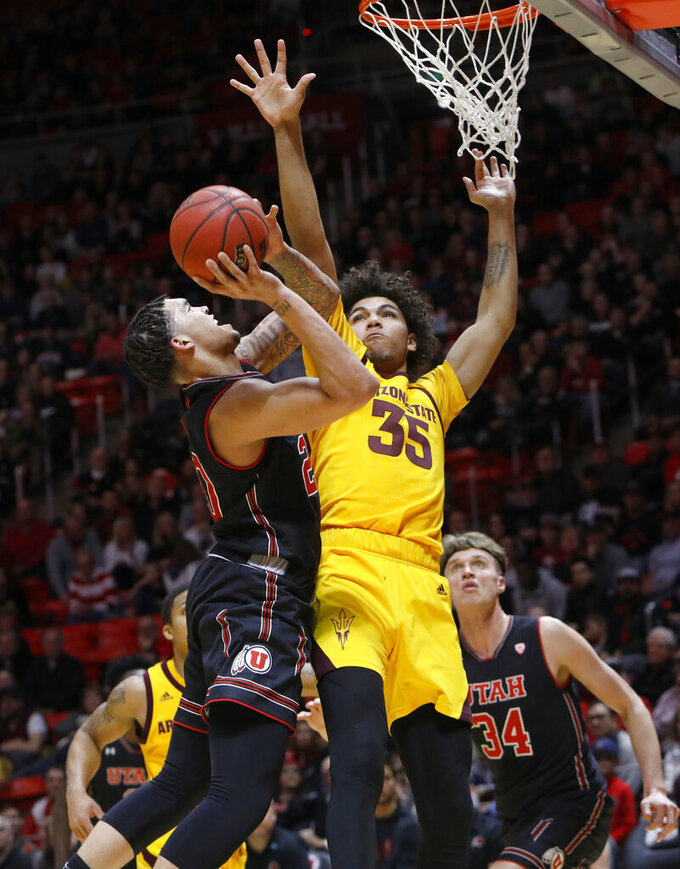 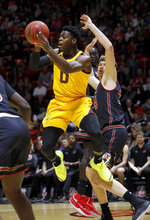 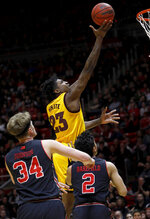 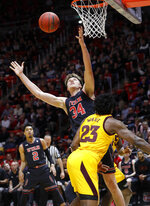 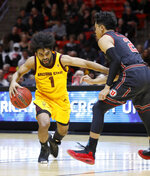 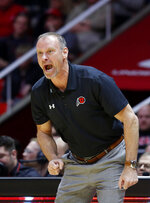 SALT LAKE CITY (AP) — Arizona State stayed in the NCAA Tournament picture by putting together one of its best offensive performances of the season.

The Sun Devils heated up early and never cooled down on their way to beating Utah 98-87 on Saturday night. Arizona State dominated around the basket and lit it up from the perimeter to keep the Utes on their heels for 40 minutes.

"We didn't settle," guard Rob Edwards said. "We didn't let the gas up. We kept going to them the whole game."

Luguentz Dort added 17 points before fouling out with 4:44 left and Remy Martin had 16 points and five assists for the Sun Devils (17-8, 8-5 Pac-12), who won in Salt Lake City for a second straight season.

The Sun Devils shot 34 of 63 (54 percent) from the field. Arizona State finished with an 18-8 edge in second-chance points after outrebounding the Utes 35-29.

"That's the key component to all our wins, really," Cheatham said. "When we crash the glass, when we win the backboard, we put ourselves in a good position to be successful."

Utah lost despite shooting 28 of 52 (53.8 percent) from the field. The culprit was poor starts on both ends of the court in each half.

"You have to get stops in order to play up tempo," Utes coach Larry Krystkowiak said. "We didn't have that flow tonight at all. It wasn't about tempo, it was about all the little things. We started both halves playing lazy and turning the ball over."

Martin hit two 3-pointers, and Dort and Edwards each added another, to help Arizona State sprint out to a 16-6 lead. The Sun Devils built their largest lead of the half at 33-20 on back-to-back baskets from Edwards. Barefield and Van Dyke alternated baskets on four straight possessions to help Utah trim the deficit to 38-33.

Both teams entered the bonus with 14 minutes remaining. The Utes took advantage by attempting 30 free throws after halftime.

It helped Utah rally after Arizona State went up 72-56 on a dunk from Cheatham midway through the second half. The Utes cut the deficit to 87-80 on a 3-pointer from Both Gach with 3:06 remaining.

Utah couldn't get any closer after Martin made back-to-back layups to give the Sun Devils a 93-82 lead with 1:24 left.

"We just had to weather the storm with it and juggle different lineups," Arizona State coach Bobby Hurley said.

The Pac-12 is widely projected as a two-bid league at best by a majority of bracketologists. Arizona State has hovered around the cut line as one of the last four teams in or first four out in many bracket projections.

The Sun Devils have wins over Kansas, Mississippi State, Washington, and fellow bubble team Utah State. Hurley isn't convinced that Arizona State is in serious danger of missing out.

"Our season will speak for itself," Hurley said. "We have a lot of quality wins. Anytime you're in a power conference, it's difficult no matter what people view your league as. Teams are getting better. Teams evolve."

In his last three games for Utah, Van Dyke has averaged 18.3 points while shooting 54.8 percent from the field. He is 15-of-27 from 3-point range in that stretch. Van Dyke has come off the bench in his last four games after being a starter over the previous 12 games.

"That's one of the main reasons I'm coming off the bench now: to provide a little bit of scoring and provide some veteran leadership and it's worked well so far," Van Dyke said.

Arizona State: The Sun Devils shot the lights out for the bulk of 40 minutes. Arizona State also crashed the glass with tremendous energy when it did miss shots. It added up to an offensive attack that put Utah on its heels from start to finish.

Utah: The Utes came up short at home for the third time in four games after struggling at the free-throw line and failing to come up with stops at critical junctures. Four of Utah's five Pac-12 losses this season have come on its home court.