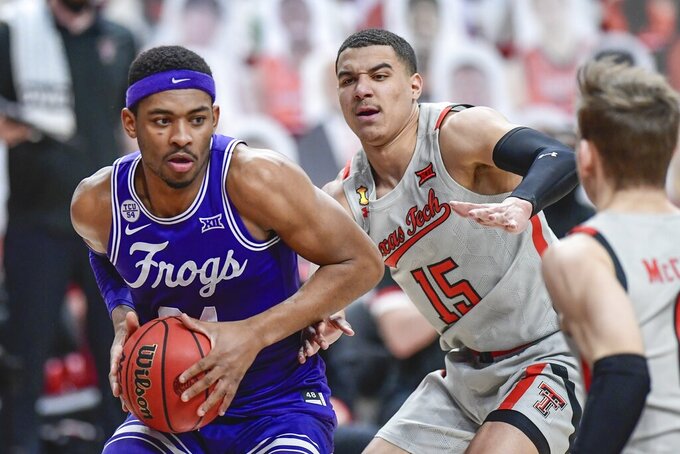 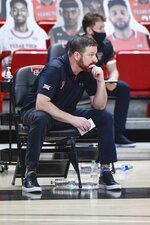 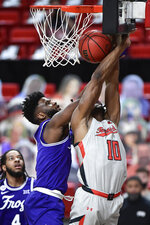 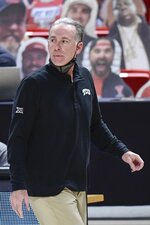 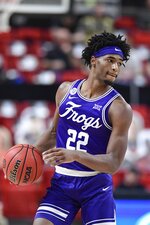 LUBBOCK, Texas (AP) — Kyler Edwards is ready to start talking about another Texas Tech team making a run in the NCAA Tournament.

The Red Raiders have at least answered their longest losing streak in a season disrupted by COVID-19 and a wintry weather blast in Texas.

Edwards scored 17 of his season-high 20 points in the first half to help No. 18 Texas Tech take control, and the Red Raiders rolled to a 69-49 victory over TCU on Tuesday night.

The Red Raiders (16-8, 8-7 Big 12) followed a nine-point home victory over No. 15 Texas with another strong effort to answer the three-game skid that dropped them below .500 in conference play this late in the season for the first time since coach Chris Beard's Texas Tech debut in 2016-17.

A role player as a freshman when Texas Tech lost in overtime to Virginia in the championship game of the most recent NCAA Tournament in 2019, Edwards finished a 7-0 run to close the first half with a 3-pointer and hit another for a 23-point lead midway through the second half.

“We want to be better than the team we had" in 2019, Edwards said. “The games we lost, we had a couple of tough practices. We got back in the lab and got together as a team and said we’re going to make this push. So that’s what we’re doing right now.”

“Really came into this game thinking we could do what they did to us -- force turnovers and make them take tough, guarded shots,” TCU coach Jamie Dixon said.

It was the first of three games in the final week of the regular season for both teams after the Big 12 retooled the schedule because of postponements for COVID-19 and severe winter weather.

These teams tried to play twice during the nearly weeklong freeze two weeks ago, but this ended up being the only meeting.

The seventh win in nine games for Beard against TCU and Dixon — both coaches are in their fifth seasons — wasn’t quite as lopsided as the previous one — a 46-point win for Texas Tech in February 2020, also at home. But there wasn't much doubt.

“I think these guys have persevered,” Beard said. “We’re sitting here in March, we control our own destiny. And we’re still relevant. We’re not in the fight for the Big 12 regular-season championship, but we’re going to have the opportunity to compete for the championship in Kansas City as well as Indianapolis.”

Edwards was 4 of 5 from 3-point range Texas Tech was 6 of 13 beyond the arc compared to 4 of 17 for TCU which had 15 turnovers with just seven assists.

TCU: The Horned Frogs are out of the conversation for the NCAA Tournament in the difficult Big 12 because they couldn't beat ranked teams. They dropped to 0-7 against Top 25 opponents. TCU is eighth in a conference almost certain to have seven NCAA bids.

Texas Tech: The Red Raiders cruised on a quiet night for the top two scorers. Mac McClung, the Georgetown transfer who is fourth in the Big 12 in scoring, had four points while getting just four shots, making two, in 18 minutes. He was in foul trouble in the first half. Terrence Shannon Jr. scored eight points.

Crowd favorite Vladislav Goldin, a baby-faced 7-foot-1 freshman from Russia, scored in a Big 12 game for the first time on a bucket less than a minute after checking into the game to a huge ovation from the student section in the pandemic-limited crowd of 4,077.

TCU: The Horned Frogs' final road game is Thursday at No. 6 West Virginia.