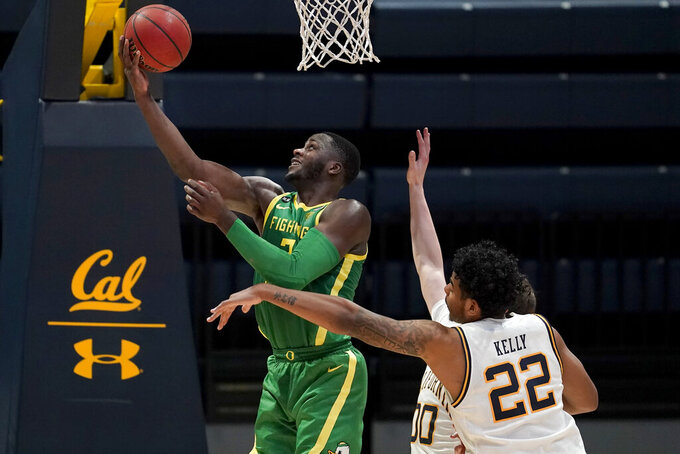 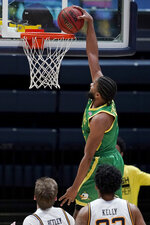 Oregon scored the first four points of the game and led the rest of the way. Figueroa, Omoruyi and Chris Duarte combined for 38 second-half points, while Oregon held Cal to 36. Figueroa had 15 points after the break, Duarte added 13 and Omoruyi 10 as Oregon shot 56%.

Figueroa scored the final seven points of a game-changing 11-0 run for a 63-45 lead with 7:34 left. Omoruyi had the other four points — all from the line.

Duarte finished with 17 points for Oregon (16-5, 11-4 Pac-12 Conference), which only got four points from its bench. Oregon turned 11 Cal turnovers into 27 points, including 18 in the second half.

Ryan Betley scored 13 points, and Andre Kelly and Matt Bradley each added 12 for Cal (8-19, 3-17), which lost its fourth straight game to close the regular season. Jarred Hyder had 10 points.

Oregon is scheduled to play three games next week while Cal is off. The Ducks play at Arizona on Monday and UCLA on Wednesday before hosting Oregon State on Saturday.