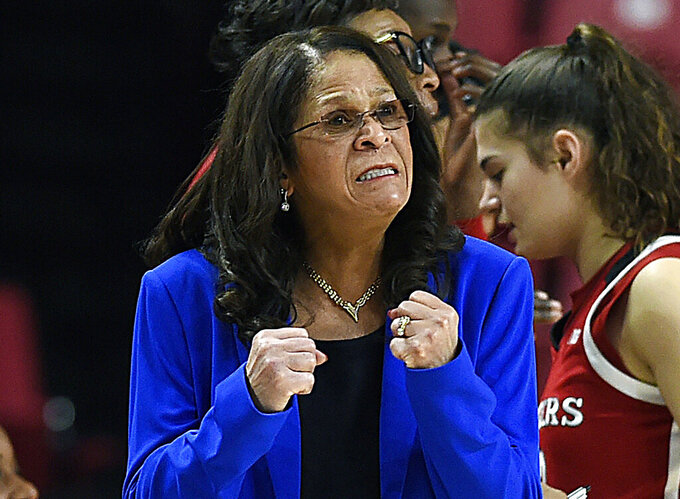 Rick Barnes thought he was in the clear early in his bout with COVID-19.

The Tennessee coach should have known better, given his texts with Tom Izzo, his Michigan State counterpart who also went through it. About a week into his quarantine, Barnes lost his appetite and started feeling lethargic.

“He gave me full warning," said Barnes, who is 66 and has been a head coach the past 33 years. “He texted me almost every day — just don’t be surprised when this stuff happens. And I would tell you, it probably took me 12 days to where I felt really good.”

Barnes, Izzo and Syracuse’s Jim Boeheim are among the coaches 65 and up who have contracted COVID-19, which can be a greater threat the older one is. While many elderly people are isolating at home, college basketball coaches are required to travel, work indoors and be around crowds — all among the most risky behaviors amid a pandemic.

Lon Kruger knows he is taking a chance. Oklahoma’s 68-year-old coach has been spared so far, even with his Sooners having to briefly shut down because of cases within the program.

He said hearing about his colleagues got his attention.

“It’s just a reminder to do what we can to avoid it,” Kruger said. “Not to say that anything’s 100% guaranteed. But the university continuously reminds us to be careful and follow the recommendations. Especially with the masks. It’s a pretty easy thing to do to wear a mask.”

Dr. George Monks, president of the Oklahoma State Medical Association, said fans wearing masks, washing and sanitizing their hands, and keeping their distance from others when they are away from the arenas will play a key role in protecting coaches — even with attendance at games limited or barred altogether.

“We need to all do our part to lower the spread of the virus in the community,” Monks said. “When it’s going like crazy in the community and there’s a lot of cases, that puts those players and those coaches more at risk.”

C. Vivian Stringer, the 72-year-old coach of the Rutgers women’s basketball program, worries that her daughter who lives with her might be especially vulnerable because she had spinal meningitis at age 2 and still deals with the effects.

“I’m concerned about myself and definitely Nina,” Stringer said. “We’ve got to look out for everyone surrounding us. This is crazy.”

North Carolina coach Roy Williams, 70, said he respects the virus, but he can't focus on it too much.

Adjustments have become the norm. Oklahoma opened the season at home Dec. 3 against UTSA in a game that was supposed to be played the previous week. Players wore masks in warmups. Seats on the bench were separated and spread out over rows rather than one long row. There were just a few socially distanced cheerleaders on hand, next to a small band.

Kruger said it was a different experience.

“You’re always trying to do the right thing, but it’s not normal to be wearing a mask all the time,” he said of being on the bench. “We don’t wear it during timeouts, but when play starts, we’re wearing it.”

Izzo, 65, tested positive for COVID-19 on Nov. 9 and isolated at his home for 11 days. He said it was hard to be away from the team. Izzo was thankful afterward he got through it.

“While some people who have tested positive have not been affected too much by it, I am here to tell you that this virus is no joke, and everyone must take this seriously," he said.

Even if all the proper precautions are taken, the risks remain.

“I’m sure a lot of people have gotten COVID without understanding why or it just happened, and we may get it as well,” Kruger said. “But we do everything possible to increase our chances of not getting it.”