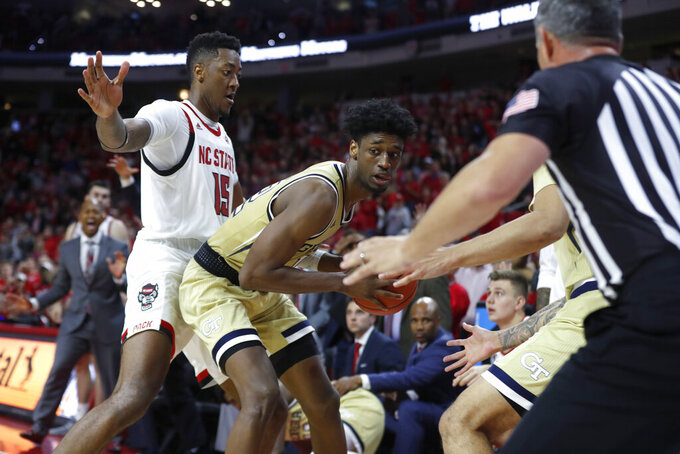 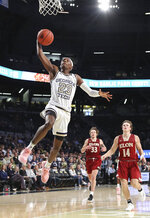 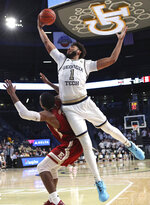 The Atlantic Coast Conference school announced its notice of appeal last month and filed written arguments with the governing body on Friday.

Georgia Tech is appealing a ban on postseason play this season, as well as scholarship reductions and limits on official visits.

The NCAA ruled in September that major recruiting violations were committed by one of head coach Josh Pastner’s former assistants, Darryl LaBarrie, as well as an ex-friend, Ron Bell.

Pastner was not directly named in the NCAA’s findings and was largely cleared in the school’s own investigation.

In its appeal, Georgia Tech contends the penalties are based in significant part on an improper aggravating factor. It also claims the reduction of one scholarship per season over the four-year probationary period is arbitrary, and says the committee on infractions did not properly consider NCAA regulations when imposing limits on recruiting visits during home games over the next two seasons.

“It is our strong belief that the severity of the penalties imposed has a direct and unfair impact on current student-athletes,” athletic director Todd Stansbury said in a statement. “As our legal team prepared our appeal, it also became clear that the application of the penalties was unprecedented.”

“I am looking forward to us continuing to vigorously contest these penalties on behalf of our student-athletes,” he added.

The NCAA said LaBarrie gave $300 to a highly touted prospect for a visit to an Atlanta strip club and arranged for him to meet with a former Georgia Tech athlete who played for the NBA’s Atlanta Hawks, an apparent reference to Jarrett Jack.

Joel Maturi, the chief hearing officer for the NCAA’s infractions committee, said the use of a strip club for recruiting purposes was especially disturbing.

“It goes without saying that we as a committee firmly believe that adult entertainment has no place in college sports,” he said in September.

Georgia Tech did not appeal the entire NCAA ruling, which included the forfeiture of all wins in which ineligible players were used, a fine of $5,000 plus 2% of the program’s budget, and additional limits on recruiting.

Some of the allegations were made public during the 2016-17 season, Pastner’s first year at Georgia Tech. LaBarrie was placed on leave early that season and resigned in February 2017.