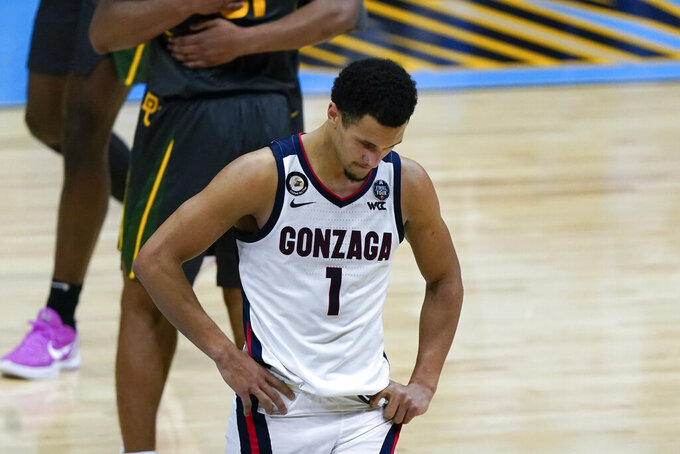 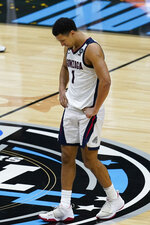 It was still tough to accept.

After winning 31 straight games and going wire to wire as No. 1, the Bulldogs became the 13th team to start an NCAA Tournament with a perfect record and finish it without taking the trophy home. Instead, Baylor won its first championship with an 86-70 game that wasn't ever really close.

“It’s a really, really tough one to end a storybook season on but, listen, Baylor just beat us, they beat us in every facet of the game tonight," Few said. “Obviously, we're all disappointed in here but as I told the guys, you make it this far and you're 31-0 going into the last one, the last 40 minutes of the season, there's absolutely nothing you should feel bad about."

Few knows the truth, which is that perfection denied is far more common than perfection achieved in this tournament.

Only seven teams have been crowned as undefeated national champions, the last being the Indiana Hoosiers in 1975-76. The 45-year gap is the longest stretch without an unbeaten national champion since the tourney began in 1939.

Of the other 13 teams, four failed to reach the Final Four. Six lost in the national semifinals, including two played in Indianapolis (UNLV in 1991 and Kentucky in 2015). Gonzaga is now the third team to suffer its only loss in the title game and the first since Larry Bird's Indiana State team in 1979. The other was Ohio State in 1961; Bob Knight played on that team long before coaching the Hoosiers to their crowing achievement 15 years later.

This time, Baylor’s perfect game upended Gonzaga’s perfect season — a loss that hit every bit as hard as the previous 13.

“You really do forget what it's like to lose and every time it happens it doesn’t feel good and thankfully, I haven’t had very many of them in my career,"" All-American forward Corey Kispert said. “But I mean, when you come up against a team like that, that’s firing on all cylinders for 40 minutes, it's really hard to compete against. You kind of forget, it doesn't feel good — and I'm gong to remember this for a long time."

Gonzaga, like everyone else, played in front of limited fans or completely empty arenas. They were routinely tested for COVID-19. They faced restrictions about who they could see socially and they faced a schedule that could change and sometimes did on the fly.

Yet they were never challenged quite the way Baylor did.

Gonzaga entered the game as the most efficient offensive team in the nation, taking on all comers along the way and winning their first four tourney games by double digits. They even survived Saturday's back-and-forth contest against UCLA with Jalen Suggs' incredible 3-point heave in overtime.

Then, in the matchup college basketball so badly wanted to see after December's first scheduled matchup was canceled because of COVID-19 concerns, the Zags weren't themselves. They looked rather imperfect for one of the few times all season. And with it went their hopes of making history and bringing home the school's first national title.