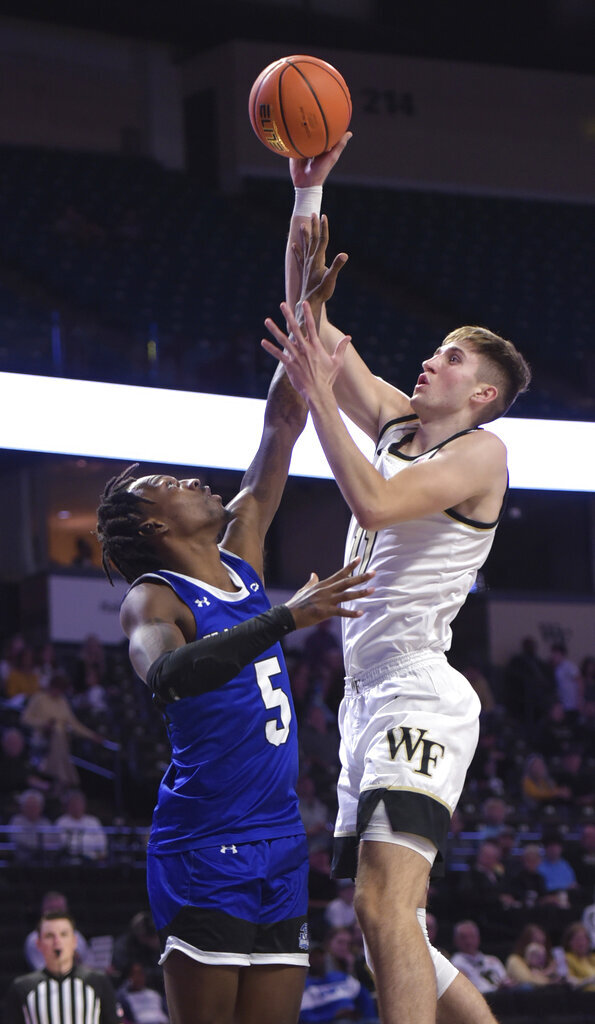 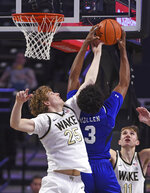 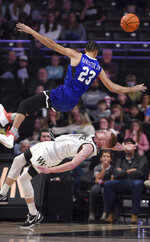 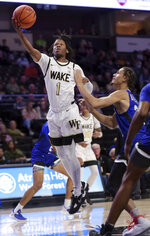 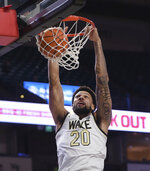 WINSTON-SALEM, N.C. (AP) — Cameron Hildreth had a triple-double, Damari Monsanto scored 20 points, and Wake Forest beat up on Hampton from the start in a 97-70 victory on Saturday.

Hildreth had 14 points, 11 rebounds and 10 assists. Andrew Carr and Tyree Appleby scored 17 points each for the Demon Deacons (6-1). Monsanto finished 6-of-8 from 3-point distance.

Wake Forest led 24-3 through the first seven minutes of the game and led 53-24 at halftime. The Demon Deacons made nine 3-pointers in the first half and four players scored in double figures, led by Monsanto with 14.

Monsanto, who made 4 of 7 3-pointers in the first half, hit a couple more and Wake Forest extended its lead to 37 points eight minutes into the second half. Soon after, a 3-pointer by Bobi Klintman stopped an eight-point run by the Pirates. The closest Hampton would get was 26 points with 3:38 remaining.

Wake Forest will face its first on-campus road game of the season on Tuesday when the Demon Deacons visit Wisconsin for the ACC/Big Ten Challenge.