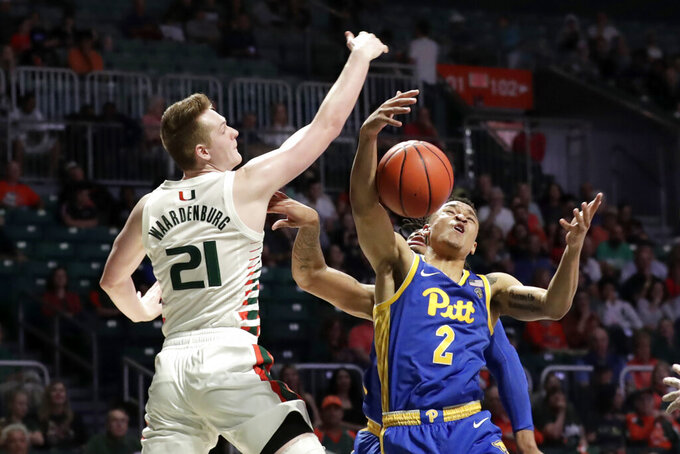 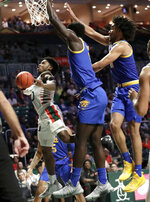 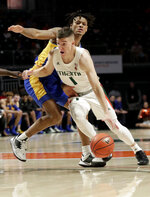 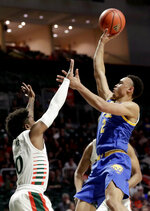 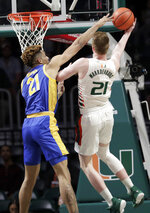 The Panthers had scoring runs of 18-2 in the first half and 17-3 in the second half but never led. After falling behind 46-26 with 14 minutes left they cut the deficit to 51-47 but could get no closer.

The Hurricanes (10-5, 2-3 Atlantic Coast Conference) beat Pittsburgh for the seventh time in a row. The Panthers (11-5, 2-3) failed to build on their victory Wednesday at North Carolina, which ended a 22-game road losing streak in the ACC.

Miami raced to a 16-0 lead, allowed the Panthers to pull even at 18 and then rebuilt the lead to 20. The Hurricanes made four of their last five shots over the final 3:28 to seal the win.

Sam Waardenburg had two big baskets down the stretch and finished with 10 rebounds. DJ Vasiljevic scored 13 points for Miami.

Trey McGowens had 18 points and seven assists for the Panthers, who shot 36%, including 3 for 16 from 3-point range.

The Panthers committed four turnovers and missed their first seven shots to fall behind early. They made six consecutive shots during their 18-2 spurt, but otherwise went 2 for 21 in the first half.

Miami: Waardenburg and Vasiljevic played 40 minutes for the Hurricanes, who have only eight healthy scholarship players.

Pittsburgh: Bad shooting nights have been a bugaboo for the Panthers, who are 9-1 when they make more than 39%.

Valiljevic is donating $5 for every 3-pointer he makes in conference play to aid wildfire relief in his native Australia.

Pittsburgh plays host to No. 13 Louisville on Tuesday. The Panthers lost 64-46 when the teams met Dec. 6.

Miami plays at North Carolina State on Wednesday. The Hurricanes won the last time they played there two years ago.