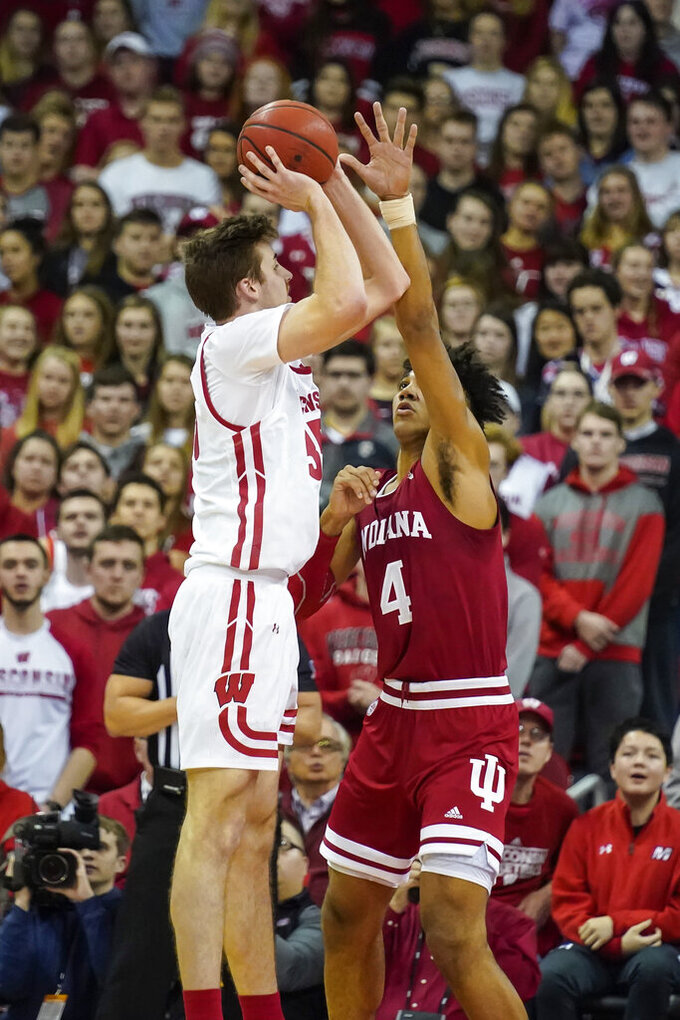 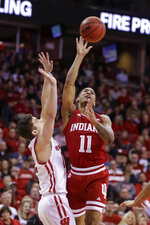 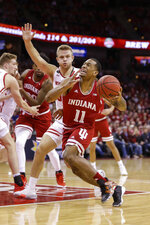 MADISON, Wis. (AP) — To break out of a shooting slump, the Wisconsin Badgers focused in practice on almost everything other than shooting.

Coach Greg Gard placed an emphasis on better ball movement and creating better spacing on the floor, operating on the assumption that shots would eventually fall for his team.

That moment arrived on Saturday, when Kobe King scored a career-high 24 points and the Badgers shot a season-high 54% to beat Indiana 84-64.

Nate Reuvers added 20 points on 8-of-12 shooting, including 2 of 3 from 3-point range, for the Badgers (5-4, 1-0 Big Ten), who snapped a three-game losing streak while handing Indiana its first loss.

“With shooting, you have to be relaxed and confident,” Gard said. “I think we try to focus on the things that we need to do to make shots. … We didn’t spend time on shooting drills. We didn’t take 100 jump shots.”

Hot shooting and crisp ball movement helped Wisconsin build a 20-point halftime cushion from which the Hoosiers (8-1, 0-1) would never recover. The Badgers opened the game shooting 3 of 4 from 3-point range over the first four minutes, with Reuvers hitting twice.

“We definitely built off each other with big shots like that, especially as the crowd was getting into it,” Reuvers said.

Aljami Durham had 17 points for Indiana, which lost its first game away from Assembly Hall this year. Indiana trailed by as much as 31 with 11:40 left.

“We were searching for that breakout moment early to get two feet back on the ground,” Indiana coach Archie Miller said. “We never really got there.”

Indiana: Poor shooting and bad defense set the Hoosiers back. They hit just 33 percent (10 of 30) in falling behind 47-27 at the half. They were often outhustled for loose balls. They left the Badgers alone for open looks too often.

“Our team did not play well on either of the floor. Sometimes that happens to groups early in the season … on the road, especially in a conference environment” Miller said.

Wisconsin: Coach Greg Gard’s team might have played its best half of basketball all season, shooting 63% from the field and 46% (6 of 13) from 3-point range before halftime. The Badgers had just one turnover in the first half and played well in the paint early against Indiana’s big men, swarming the glass. It was the perfect response for a team looking to snap out of a skid.

King provided a big spark with an assertive inside-out game, scoring 17 in the first half. He finished 10 of 15 from the field for the afternoon. Out of all the underclassmen, King might have the most potential to add scoring punch for Wisconsin. The guard heeded Gard’s call to move with the ball, attack the paint and stay aggressive.

Miller said players were pleading with each other during timeouts to snap out of the funk. But as the deficit grew, the Hoosiers didn’t make much noise on the sideline either. They could have used more of a spark both on and off the court.

“Today it was a quiet group out there at times,” Miller said. “You’ve got to have a rallying cry at some point.”

“Offensive movement. When it comes down to it, when we have the ball popping, we’re a lot more effective.” — Wisconsin guard Brevin Pritzl on why the offense improved.

Indiana: Travels to Madison Square Garden to play Connecticut on Tuesday in the Jimmy V Classic.