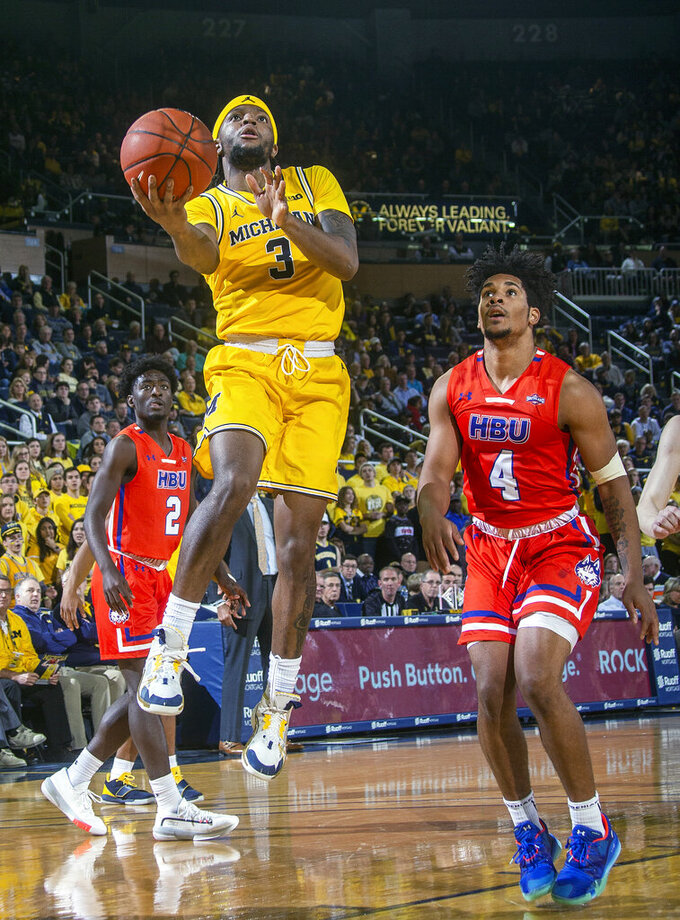 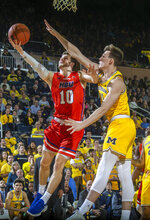 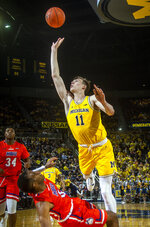 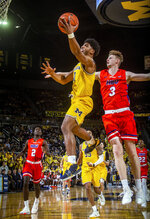 ANN ARBOR, Mich. (AP) — Four games into the Juwan Howard era, Michigan already accomplished something the program never did with 12 years of coach John Beilein on the sidelines.

Michigan scored the most points in over two decades on Friday night, routing Houston Baptist 111-68.

Isaiah Livers scored 24 points, one of five Michigan players to set a career high, as the Wolverines improved to 4-0.

“I was just trying to cut, find open spots and get to them, because I know my point guard is going to look for me,” Livers said. “All you have to do is just cut and get open. He’s going to find you.”

That guard, Zavier Simpson, scored 22 points and had a career-high 14 assists. Simpson, who entered Friday at ninth in the nation with 7.3 assists per game, had nine at the half.

“It’s great to see guys come out and play, we had a deep group,” Howard said. “They deserved to play, it’s that simple.

“It’s inspiring just to see how hard they work in practice. I coach Rico, just like I coach (Simpson). There’s no difference, there’s no drop-off. I don’t treat anyone different.”

Sophomore David DeJulius had 10 points to tie his career best, which he set a week ago.

Michigan will now be tested fully at the Battle 4 Atlantis in the Bahamas starting Wednesday for three games in three days, the team’s first games away from the Crisler Center.

"I'm looking for our group to be a competitive group," Howard said. "It's beautiful when you go on the road. It really helps your team form that mental toughness as well as that togetherness. It's a perfect opportunity at a perfect time for us where we can bond, get to know one another."

On Friday, Michigan took a 26-4 lead and never looked back. Nunez beat the halftime buzzer with a 3-pointer to put Michigan up 63-26. It was the first time Michigan had a 60-point first half since playing HBU in 2013 when Beilein coached Michigan to the largest scoring mark for his tenure in a 107-53 win.

“We came out and didn’t compete early on,” HBU Ron Cottrell said. “Even when we got good looks, we weren’t shooting confidently.”

Houston Baptist: The Huskies are preparing for the Southland Conference schedule in a major way with road games at Tulsa, Oral Roberts, Texas Tech, Michigan, Houston and Dayton to open the season.

Michigan: Now it gets real for Howard and the Wolverines, who are in a tough Bahamas bracket next week with No. 5 North Carolina, No. 8 Gonzaga, No. 11 Oregon and No. 13 Seton Hall in the field.

It was the most Michigan points scored since a 1998 rout of Indiana, when coach Brian Ellerbe’s squad crushed coach Bobby Knight’s Hoosiers 112-64.

Howard was in his fourth year of a 19-year NBA career then. Castleton, who was born in 2000, said he never played on a team that scored 100 points.

Simpson’s 14 assists tied a pair of Gary Grant games in 1987 for second all-time in program history, one assist shy of Derrick Walton Jr.’s mark set in 2017.

Freshman Myles Pierre had a career high 13 points for HBU after scoring 16 points combined in his first three college games. Jalon Gates, who entered the night leading the Southland Conference at 20.7 points per game, scored 15.

Houston Baptist: The tough HBU starting stretch continues Tuesday with the Huskies first game in their home state, at Houston.