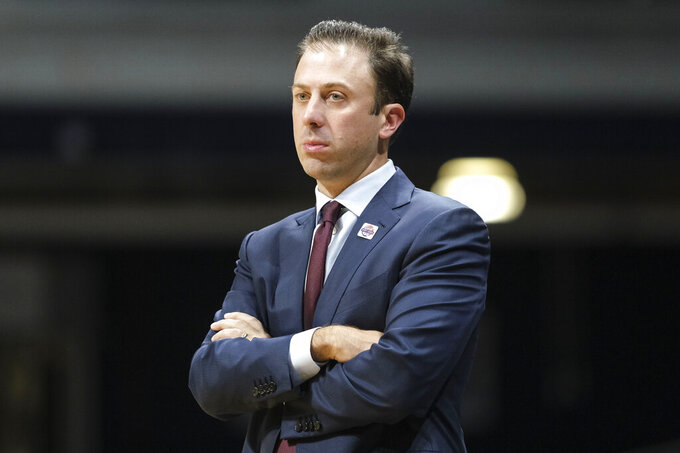 Minnesota head coach Richard Pitino watches from the sideline as his team played Butler in the second half of an NCAA college basketball game in Indianapolis, Tuesday, Nov. 12, 2019. Butler won 64-56. (AP Photo/AJ Mast)

The 6-foot-2 guard from Miami, a consensus four-star and top-100 recruit, is the son of Jamal Mashburn. The 11-year NBA standout played at Kentucky from 1990-93 for coach Rick Pitino, whose son, Richard Pitino, is the coach at Minnesota. Mashburn Jr. is in his second season at Brewster Academy, a prep school in New Hampshire.

Martice Mitchell, a 6-foot-10 center from Chicago, also signed with the Gophers on Wednesday. He’s a consensus top-five prospect in Illinois, from Bloom High School. With these two additions in the commencement of the early signing period, the Gophers have one scholarship remaining for the 2020-21 season.