No. 10 Michigan State expects to be without Ward for weeks 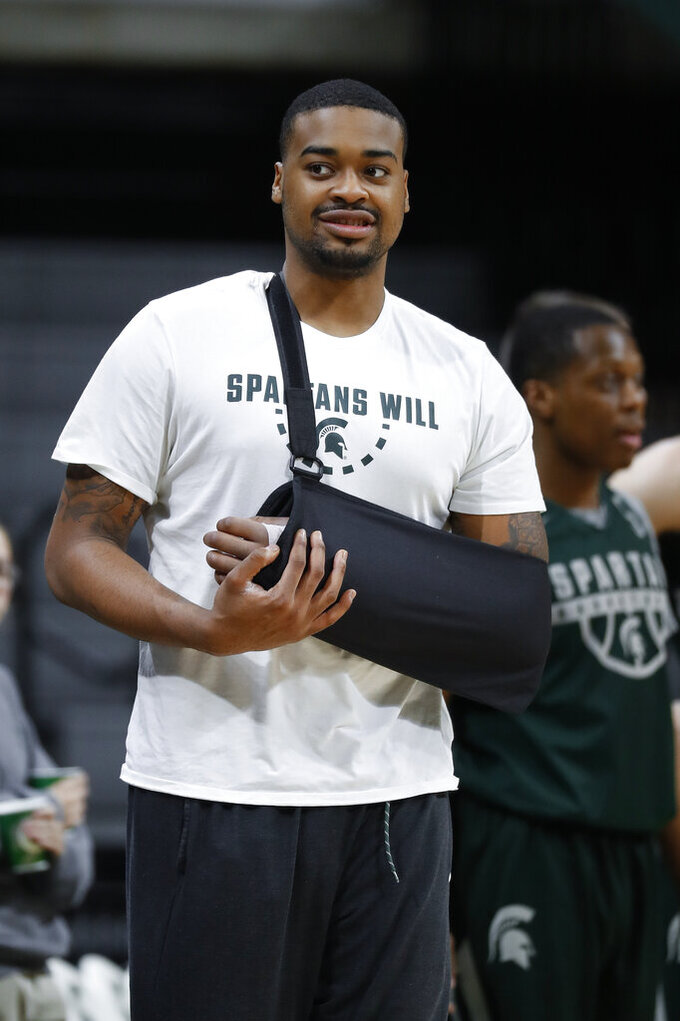 Michigan State's Nick Ward watches basketball practice in East Lansing, Mich., Monday, Feb. 18, 2019. Ward had surgery on his broken left hand and is expected to be out of for at least a few weeks from NCAA college basketball action. (AP Photo/Paul Sancya) 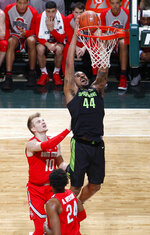 EAST LANSING, Mich. (AP) — Michigan State forward Nick Ward had surgery on his broken left hand and is expected to be out of for at least a few weeks.

"I'm a quick healer so I'll be back," Ward said Monday with his left arm in a sling.

Ward said he was injured when his hand made contact with an opponent's elbow in a 62-44 win over Ohio State on Sunday.

"I hope everyone here feels bad for Nick, but I don't want anyone to feel bad for us," coach Tom Izzo said. "This is the nature of the beast. We have to adjust."

Ward is the team's second-leading scorer at 15.1 points a game and third-leading rebounder at 6.7 per game. The 6-foot-9 junior returned to school after putting his name in the NBA draft last year.

"Our margin of error has shrunk," Izzo said. "I hope to get a few more points out of a few people. We have to find a way to rebound a little bit better."

The 10th-ranked Spartans (21-5, 12-3 Big Ten) host Rutgers on Wednesday and play at No. 7 Michigan on Sunday, starting the week sharing first place in the Big Ten with the Wolverines.

"Our expectation for victory hasn't changed one iota," Izzo said.

Sophomore Xavier Tillman, who averages 7.3 points and 8.9 rebounds, will likely start in Ward's place in the post.

"I just have to take advantage of all the opportunities I get," Tillman said. "When you start, you have that confidence and swagger."

Freshmen forwards Thomas Kithier and Marcus Bingham, both of whom score a little more than one point per game, will also have chances to play larger roles without Ward in the lineup.