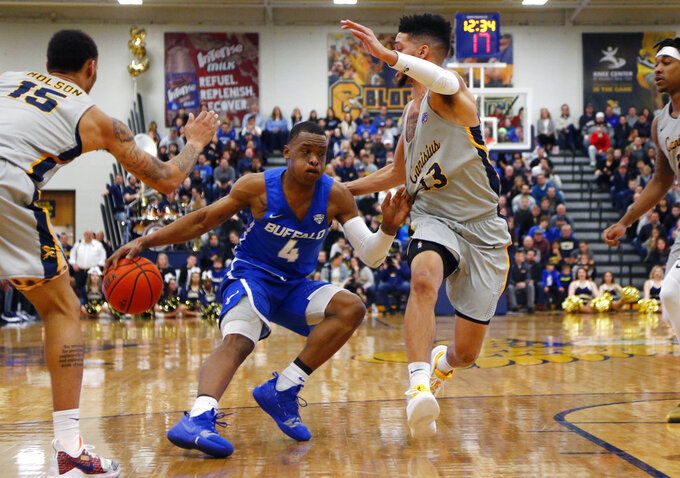 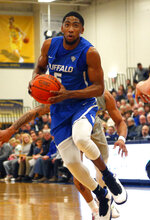 BUFFALO, N.Y. (AP) — CJ Massinburg scored 22 points and Nick Perkins added 18 to help No. 21 Buffalo close out its non-conference schedule with an 87-72 victory over Canisius on Saturday night.

Jeremy Harris added 17 points and nine rebounds, and Jayvon Graves contributed 10 points as Buffalo improved to 12-1 for the first time since the 1962-63 season.

Takal Molson led Canisius (3-8) with 15 points. Malik Johnson and Isaiah Reese each had 13.

The Golden Griffins shot out to an early 23-13 lead before the Bulls took control with a 21-2 run. Buffalo used a 13-2 stretch to pull away early in the second half after leading 41-35 at the break.

Buffalo: The Bulls bounced back from their first defeat of the season a week ago at No. 18 Marquette and head into Mid-American Conference play with a single loss for the first time in 13 seasons.

Canisius: Hosting a ranked opponent on campus for the first time in school history, the Golden Griffins lost the cross-town matchup for the fourth time in five years.

Buffalo should remain in the Top 25 for the eighth week in a row. That would be the longest stretch for a MAC team since Ohio was ranked for eight weeks during the 1969-70 season.