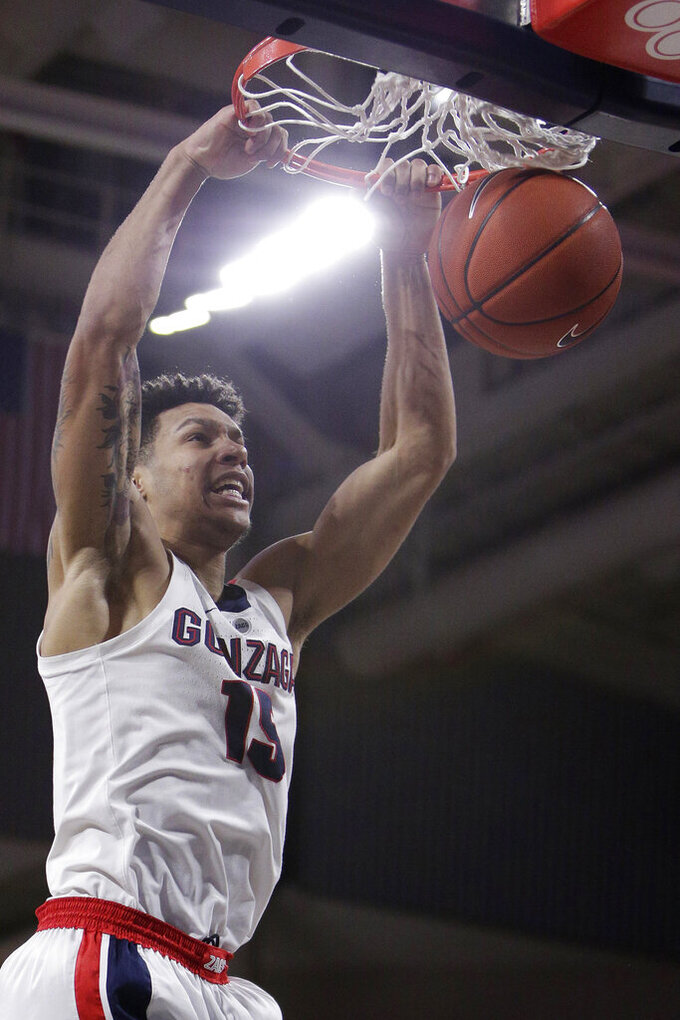 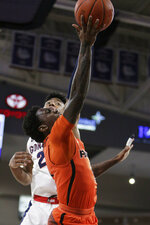 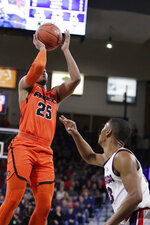 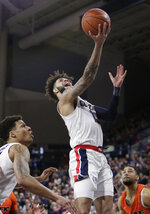 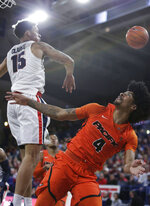 SPOKANE, Wash. (AP) — Fifth-ranked Gonzaga was held to its lowest point total of the season and still beat Pacific by 31 points.

Josh Perkins had 14 points and six assists, and Gonzaga beat Pacific 67-36 on Thursday night, the sixth straight win for the Bulldogs.

Pacific used a slow-down offense most of the game against the high-flying Bulldogs, who average 93 points per game.

"We didn't foul them much," Gonzaga's Brandon Clarke added. "That took them out of their offense. ... When that happens it's really tough to beat us because we've got such a potent offense."

Pacific was held to its lowest point total of the season after shooting just 26.7 percent and committing 22 turnovers.

The Tigers got to the free-throw line only 13 times, making eight.

"We had to be smart not to foul them when they drove," Clarke said. "They struggled to find ways to score."

Pacific coach Damon Stoudamire did not immediately talk with reporters after the game.

For a time, Pacific's slow-down offense worked. The teams were tied 10-10 midway through the first.

Then Gonzaga broke the game open.

Consecutive 3-pointers by Norvell and Perkins highlighted a 24-5 run that put Gonzaga ahead 34-15 at halftime. Pacific shot just 27.8 percent in the first, while Gonzaga shot 56.5 percent.

Gonzaga slowly added to its lead in the second half. Jeremy Jones' 3-pointer put Gonzaga up 50-26 midway through the second. The Zags went on an 11-1 run to push their lead to 61-27.

Few deployed a pressure defense at times, trying to speed up the game.

"It shrinks the clock down," Few said. "We generated some turnovers out of it."

Gonzaga's previous season low in points was 71 against No. 3 Tennessee.

Pacific shot 26.7 percent in both total field goals and 3-pointers. Gonzaga shot just 43.4 percent for the game, well below its average.

Taller Gonzaga outscored the Tigers 32-14 in the paint, and also forced 22 turnovers they converted into 27 points.

Pacific: The Tigers had a solid nonconference season (10-5), but are winless in league play. ... Stoudamire is in his third season and has an overall record of 28-48. ... Lafayette Dorsey is making 92 percent of his free throws, third in the nation. ... Roberto Gallinat leads the Tigers with 15.3 points per game.

Gonzaga: The Bulldogs have gone 85-6 against their West Coast Conference rivals since 2014, losing games only to Saint Mary's and BYU. ... The Zags lead the nation in field goal shooting at 53.2 percent, and are second in scoring at 93.6 points per game. ... The Zags won their previous five games by a margin of 43.6 points. ... In their first 10 home games, the Zags have trailed only 8 minutes out of 400 minutes played.

Pacific plays at Portland on Saturday.

Gonzaga plays at surprising San Francisco (14-2) on Saturday. "It's for first place in the league," Few said. "It's going to be a good challenge for us."