Picking the bracket: The Big Ten will feel right at home 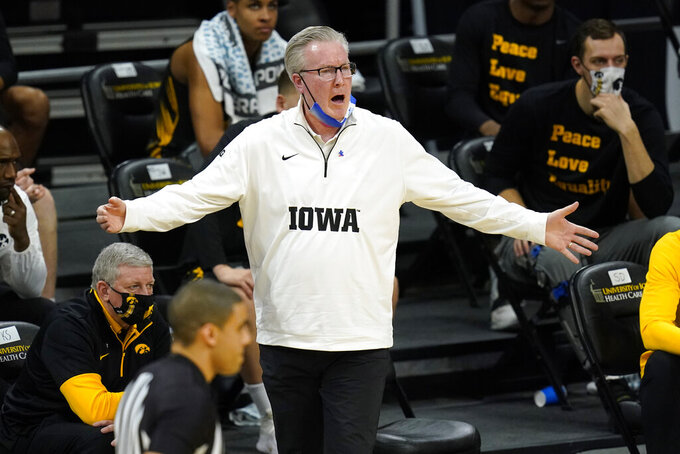 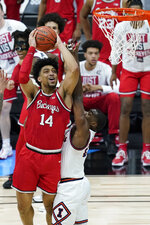 This is the annual story to tell you how to win your office NCAA tournament pool. We will begin with one important caveat.

Logic will not apply this year.

More proof that nobody knows anything.

OK, that may be a slight exaggeration. We do know about Gonzaga, bidding to go wire-to-wire as the No. 1 team in the country and become the first undefeated national champion since Indiana in 1976. The Hoosiers went 32-0 that year, the last time that both Kentucky and Duke didn’t make the tournament. Gonzaga is bidding to go 32-0 this year, without Kentucky or Duke in the tournament. If you like symmetry, pick the Zags.

The Zags should be considered the overwhelming favorite, too. Gonzaga has gotten about 91% of all the first-place votes cast this season in the AP Top 25. There's no question, Mark Few's team is the most talented in the country.

So, we know that much.

Thing is, we don’t know much else. And we haven’t pretty much all season.

There are 12 teams that won their conference tournament titles without getting a single first-place vote in their preseason conference polls. Of the 31 teams that were automatic qualifiers, 22 weren’t picked to win their leagues.

But before we pare down the picks, let’s get to a few rules to live by:

WAIT: Don't be in a rush to fill out your bracket. See which teams test positive and if the bracket changes in the next couple days, plus watch for injury news.

STAY EAST: No team from a Western state has won the title since Arizona in 1997. The westernmost national champion in the last 20 years was Kansas in 2008. (This is not good for Gonzaga.)

EXPECT UPSETS: At least one No. 5 seed has made the Final Four in each of the last seven tournaments.

BUT NOT ALL UPSETS: Since the NCAA started seeding teams in 1979, there have only been three years when a No. 1 seed didn’t make the Final Four.

OK, let’s get on with the show. The picks:

Analysis: Stress fractures are no joke, and Isaiah Livers’ issue is a big problem for Michigan. If he can come back and be effective, the Wolverines can win the whole thing. If not, probably not. Sadly, the brackets don’t allow for contingencies, so these picks are made with the assumption that he returns.

Analysis: This region is loaded. Loaded. North Carolina-Wisconsin and Florida-Virginia Tech are big-time Round 1 games, Winthrop is a serious upset threat against Villanova and Colgate is woefully underseeded as a No. 14. Baylor didn’t get a great draw here, and the Bears could be in some trouble before the Sweet 16 even starts. On to the upsets ...

Analysis: Some interesting matchups here and the potential for a 5-12 upset, but all signs point to a Gonzaga-Iowa matchup for a berth in the Final Four. There’s also the Kansas and Virginia virus situations to watch. And as impressive as Gonzaga has been all season, that undefeated-season bullseye is a big one to carry.

Analysis: If you don’t know Oklahoma State’s Cade Cunningham by now, a) where have you been? and b) get ready for a show, before this kid hits the NBA at full speed next season.

This was not the intention when we began filling out the sheet this year, but here we are.

The Big Ten tournament gets replaced by a Final Four in the heart of Big Ten country. Iowa vs. Michigan. Ohio State vs. Illinois.

The finalists: Michigan and Ohio State.

They didn’t play in football last fall. The Game didn’t happen. Let’s do it on the hardwood instead. Imagine how amazing this would be if it works out this way.

That team up north, as Woody Hayes liked to call Michigan, hasn’t beaten the Buckeyes in football in a while. But this is hoops. So ...

Juwan Howard and the Wolverines, your national champions for 2021.