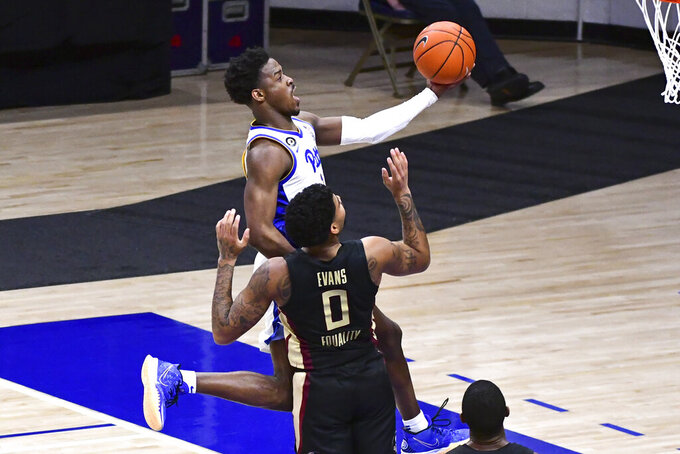 The school made the surprise announcement on Wednesday. Head coach Jeff Capel said in a statement “it was in everyone's best interests that we part ways.” Johnson will enter the transfer portal immediately.

The move ends an eventful three-year run with the Panthers for Johnson, who averaged 14.2 points in 81 career games, 78 starts. Johnson, from Woodbridge, Virginia, arrived shortly after Capel was hired in the spring of 2018 and made the All-Atlantic Coast Conference freshman team in 2018-19. He leaves ranked 30th on the school's all-time points list (1,152).

Johnson has been one of the program's few constants during Capel's tenure as he attempts to rebuild the Panthers following a difficult run under Kevin Stallings. While it's unclear what led to the decision, Johnson was asked to come off the bench rather than start twice this month, including a 32-point performance as a reserve in an upset victory over Virginia Tech on Feb. 3.

The Panthers (9-9 overall, 5-8 ACC) have struggled of late, dropping seven of eight following a win over Duke on Jan. 19. Pitt visits North Carolina State on Sunday.