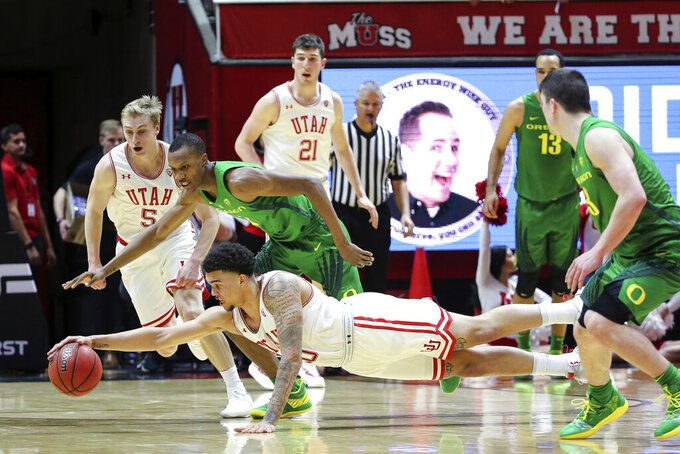 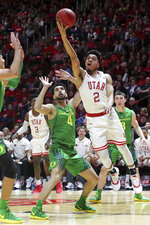 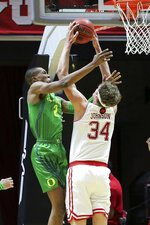 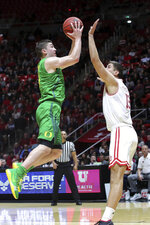 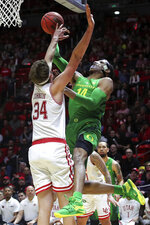 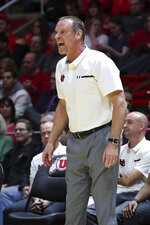 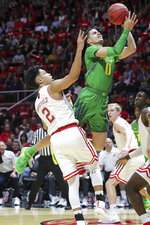 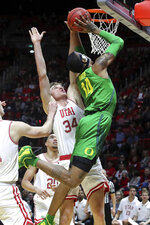 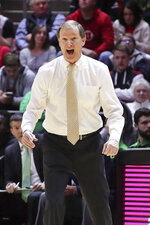 The 6-foot-5 guard seemed to be everywhere and scored a career-high 19 points as the Ducks (13-8, 4-4 Pac-12 Conference) turned an early deficit into a commanding lead en route to a 78-72 win over Utah on Thursday night.

"That was huge for us," said Ehab Amin, who scored all of his 13 points in the second half. "Everybody is embracing him taking charge and having the ball in his hands, scoring and making plays for the rest of us."

Richardson had only scored eight total points over the previous four games before the scoring explosion against the Utes (11-9, 5-3). He also had three blocks and two steals.

"He was just really aggressive. He got in the paint and really looked to drive through the zone to the hole," Oregon coach Dana Altman said.

Paul White added 14 to compliment the Ducks' suffocating defense that caused 19 turnovers and frustrated the Utes.

Donnie Tillman and Sedrick Barefield each scored 16 for Utah, which saw its four-game winning streak snapped. Barefield was a point of focus for the Oregon defense and made just 4 of 16 field goal attempts.

"Our press took the ball out of Barefield's hands and made other people try and make plays. We just wanted to make everything he did difficult," White said.

Timmy Allen had 13 for the Utes, who made only 13 of 23 free throws and wasted a big early lead.

After yet another steal, Amin drained a 3-pointer for the Ducks' largest advantage, 67-53. Parker Van Dyke's steal and layup brought the Utes within 67-60. In a last ditch comeback, Barefield made a 3 to get Utah within 76-72 with 20.3 seconds to play but Payton Pritchard made two free throws to run his consecutive streak to 26 and clinch the victory.

"This was huge for us to get this one on the road, especially after we gave a couple away at home," Amin said.

Early on, the Ducks couldn't solve Utah's 2-3 zone that broke down into aggressive man defense. On the other end, Tillman came off the bench and hit three consecutive 3-pointers from the same spot on the left wing.

Trailing 30-16, the Ducks' defense sparked a dramatic change. The Ducks forced a shot-clock violation, a 10-second backcourt violation, got a rebound basket and then a steal in the backcourt. Another steal by Amin and a layup by Richardson capped the 11-0 run and closed the gap to 30-27 with 3:37 remaining in the half.

"The first 12 minutes of the game were awesome, our defense was fantastic to start the game, Oregon didn't score and they didn't press either," Utah coach Larry Krystkowiak said. "Then, all of a sudden in the first-half, they scored 19 points off of turnovers, which sucked a lot of life out of the building."

Barefield made four throws before the Ducks ended the half with another 11-0 burst, powered by three more steals. Richardson's layup just before halftime gave Oregon a 38-34 edge.

Kenny Wooten leaped high into the air and flipped over the back of Utah's Jayce Johnson, landing hard without an ability to break his fall.

"'Oh boy!' is all I could think," Altman said, watching his high-flying forward hit the deck.

The sophomore, who is already third all-time in blocked shots at the school, lay on the floor for a couple minutes and then slowly sat up. He returned to the court before halftime and finished with four points and three blocks.

Wooten is already playing with a mask to protect the broken jaw he suffered in the loss at Baylor on Dec. 21 that caused him to miss four games.

Oregon: The long-limbed athletes and the Ducks effective press can keep them in a lot of games, but they need to find a more consistent offensive flow. In addition to Richard's career night, the team's two seniors — Amin and White — came to the rescue and stabilized the team after the rough start. "Sometimes you gotta depend on your older guys," Altman said. With three home conference losses already, the margin of error is slim for Oregon so their efficiency needs to rise.

Utah: The Utes looked like they were going to run away with game, leading by 14 points midway through the first half, and then collapsed under the pressure of the Duck trap. As they did in a home loss to Washington, the Utes struggled to score against length and force, making just one field goal in an 11-minute span bridging the first and second halves. When teams take away Barefield as Oregon looked determined to do with doubles and traps, the Utes' offensive machine sputters.