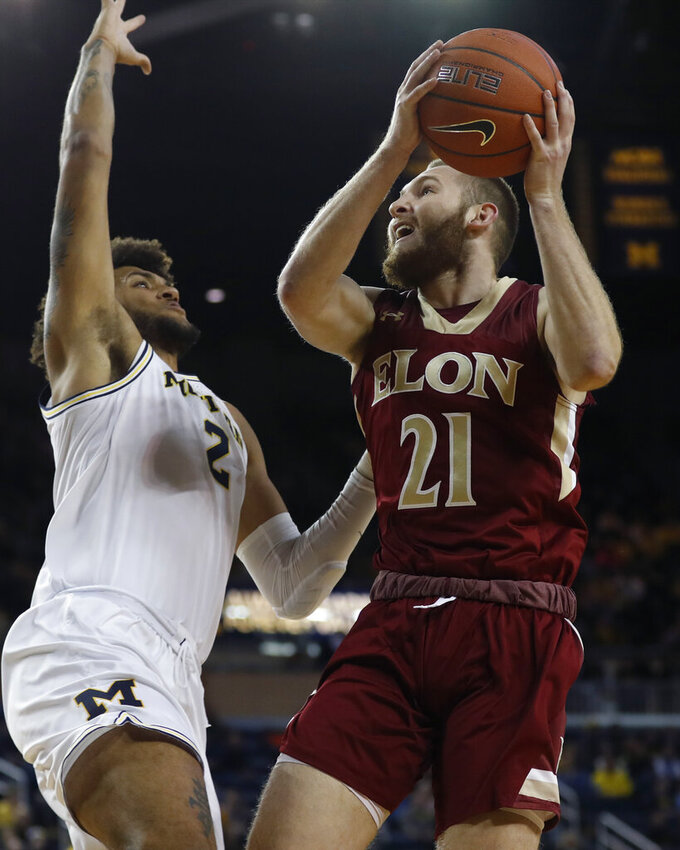 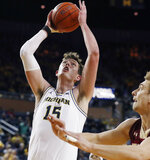 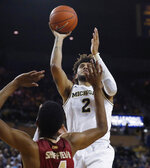 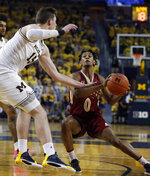 The senior proved the Michigan legend's point on Friday night.

Teske 16 points and seven rebounds, and Zavier Simpson added 11 points as Michigan ran away with a 70-50 victory over Elon in a Battle 4 Atlantis campus game.

“There are moments within our play set that it might look like I’m going to Jon every time down the floor,” Howard said. “But Jon is a talent. Jon is 7-foot-1, a skilled, big man. It’s important that we look at him first before we take a shot.”

The 7-foot-1 Teske had his way with Elon, whose biggest player is 6 foot 8.

“Confidence is the main thing, as well as his conditioning,” Michigan guard David DeJulius said about Teske’s improvements. “He has a coach in coach Howard that puts so much trust in him. First day, we said we were going to go through Teske, before he even really saw him.”

DeJulius, a sophomore, set career highs with 10 points and eight rebounds, as Howard and the Wolverines improved to 3-0.

Teske scored 10 of his points in the second half, leading four Wolverines who scored in double figures.

“Teske’s a load,” Elon coach Mike Schrage said. “He’s going to be a load for anybody, certainly for us. And they have guys who can shoot the ball.”

Marcus Sheffield, a graduate transfer from Stanford, scored 22 points for Elon (2-2), which led 11-7 early as Michigan had five turnovers and three made baskets before the first media timeout.

But DeJulius ignited a 14-2 run with a 3-pointer and another jumper that gave the Wolverines the lead for good.

Eli Brooks added 10 points for Michigan, which had 34 points in the paint compared to 16 for Elon.

Elon: The Phoenix had a nice early showing against a possible NCAA Tournament team, which should give them confidence heading toward the Colonial Athletic Association season.

Michigan: If DeJulius and Brooks can emerge as consistent scorers, it’ll help take the load off the shoulders of Isaiah Livers, Teske and Simpson until the debut of Franz Wagner (broken wrist).

DeJulius said before last year that he didn’t come off the bench since fifth grade.

He said Howard came to him in preseason about the sixt- man role after playing sparingly as a freshman.

“He was just like, ‘I know you’re capable of being a starter, but for this identity of the team, I really want you to embrace that role of a sixth man,” DeJulius said. “He really told me he got me, and I really had faith in him that he really do got me, and he continued to show that.”

Howard wasn’t the only rookie coach, as Schrage earned his first head college coaching job after stops as an assistant at Stanford, Butler and Ohio State.

Schrage recruited Sheffield to Stanford, where he averaged 6.1 points per game in three seasons.

“He can score the ball with anybody, he really can,” Schrage said. “So I’m not surprised that within any environment, in any competition, he was going to be able to do that.”

Elon: Plays at No. 6 North Carolina on Wednesday in its third straight game against Power 5 teams.

Michigan: Plays host to Houston Baptist on Nov. 22 before playing in the Battle 4 Atlantis Nov. 27-29.