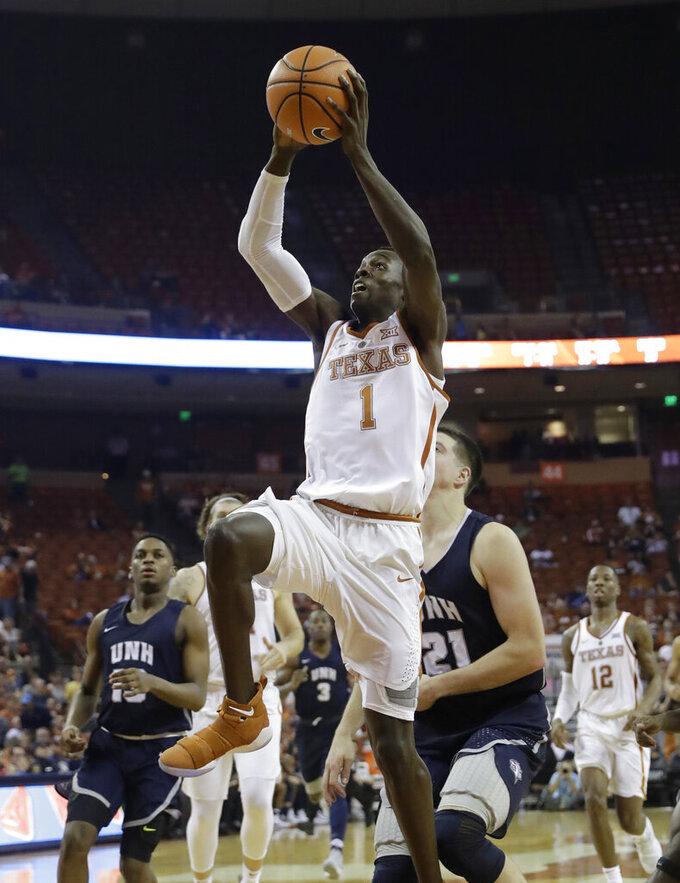 Jones was Texas' leading scorer when he was diagnosed with leukemia in early January 2018 and missed the rest of that season. He was still undergoing treatment last season when he made brief appearances in two games.

Jones practiced with the team and finally finished his treatments in September, Smart said. Jones wasn't listed as a starter for Tuesday night's season opener against Northern Colorado, but he figures among the team's top six players right now.

"He's earned the right to go in the game and play significant minutes," Smart said.

Jones is still working to build his strength, but he still has basketball smarts and skills, Smart said.

Jones' last significant playing time in a game was in early December 2017 before he suffered a wrist injury. He returned a few games later but played limited minutes as he complained of constant fatigue before he was finally diagnosed.

"A lot has happened, on and off the floor" since the diagnosis, Smart said. "It's going to be very emotional."