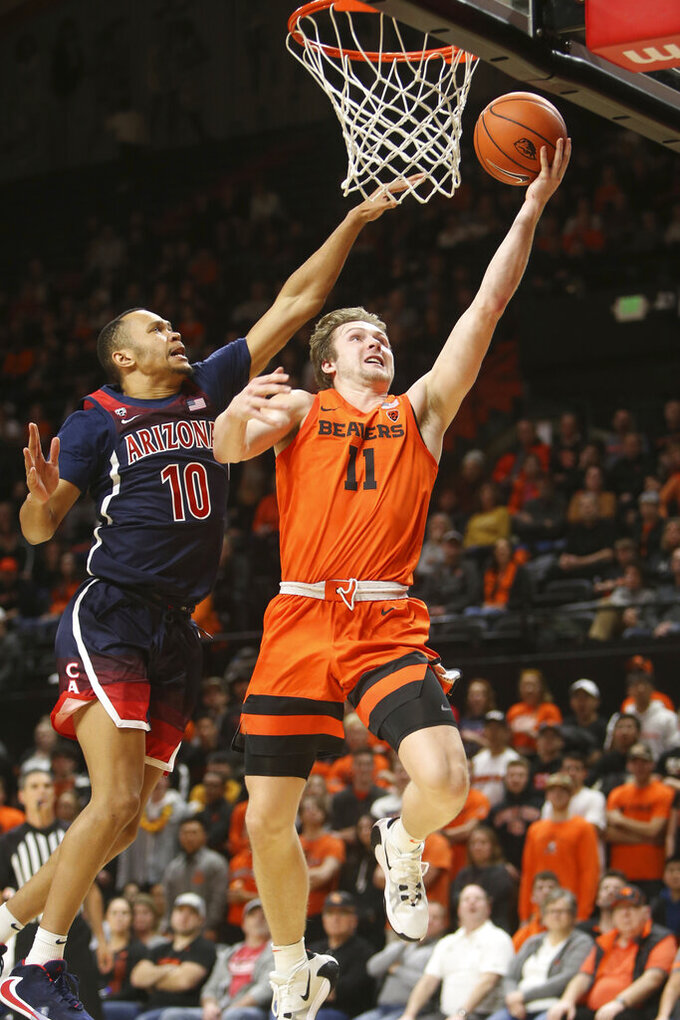 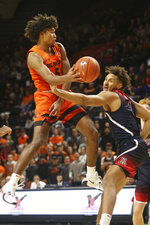 CORVALLIS, Ore. (AP) — Oregon State used a big second half to pull away with a big win against No. 24 Arizona.

“Just showing what we’re capable of doing when we’re locked in,” Tinkle said.

Oregon State was certainly locked in during the second half, outscoring the Wildcats 51-34.

After Nnaji made two free throws to tie the score at 49-all with 12:05 left in the second half, Oregon State took over and outscored Arizona 33-16 the rest of the way.

It was a dominant second-half performance from the Beavers, who were coming off an 82-76 loss to Arizona State.

“They were outstanding in the second half and we really couldn’t guard ‘em,” Arizona coach Sean Miller said of the Beavers. “So much of it was just, I’d use the word outclassed. We just weren’t able to match up with the players that they had.”

Arizona, which lost at No. 9 Oregon in overtime on Thursday, remained winless on the road this season.

Kelley, who leads the nation in blocked shots, had 13 points, six boards and two blocks.

Oregon State had an early eight-point advantage, but Arizona regained the lead at 28-26 late in the first half on an 8-0 run culminated by Max Hazzard’s 3-pointer.

The score was tied 31-31 at halftime, and Arizona hit just 34.5 percent of its field goal attempts after the break.

Oregon State: The Beavers received a boost from Hollins, who scored 12 points after failing to reach double figures in his previous eight games. ... Tinkle extended his double-figure scoring streak to 81 games, the second-longest streak in school history. He also moved past Mel Counts for third-place on Oregon State’s all-time scoring list with 1,979 points.

Arizona will host Utah on Thursday.