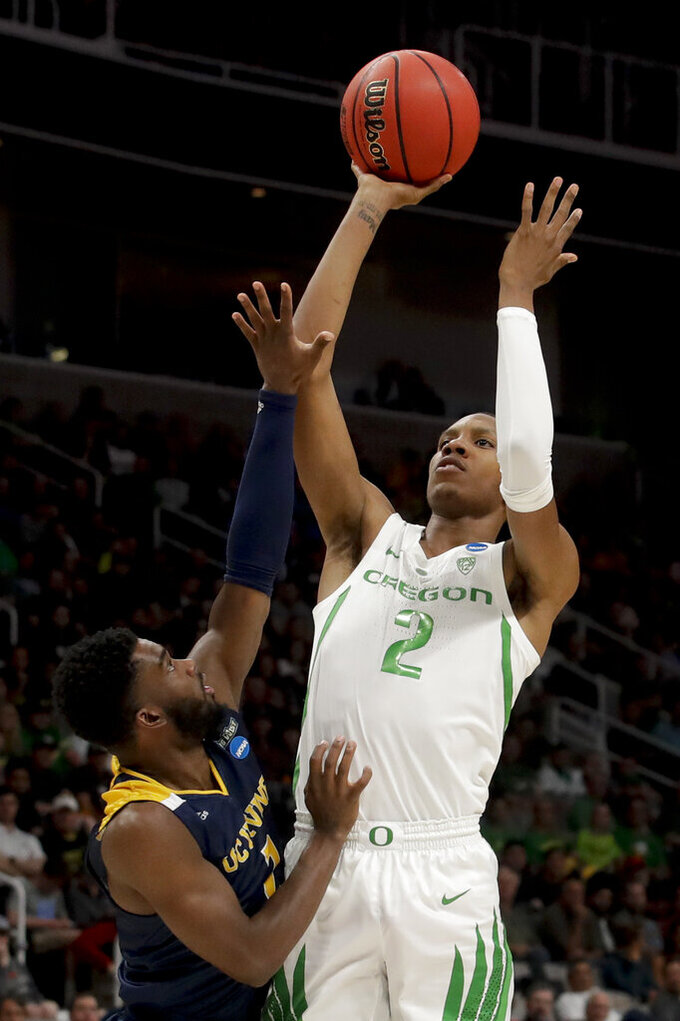 IRVINE, Calif. (AP) — UC Irvine coach Russell Turner has apologized for remarks he made about Oregon's Louis King during an NCAA Tournament game.

Turner said in a statement that referring to King as "queen" during the first half of Sunday's second-round game was "inappropriate and insensitive." Turner said following the game, which Oregon won 73-54 , that he was trying to irritate King.

Turner added that King had a couple of things to say during the game.

Oregon said on its Twitter account that Turner reached out to King, his family, and the Ducks coaching staff Monday. Oregon said all parties accepted the apology and that they were moving past the issue.

No. 12 seed Oregon faces No. 1 seed Virginia on Thursday in Louisville, Kentucky.