UCLA's Riley out vs. No. 4 Villanova after injuring knee 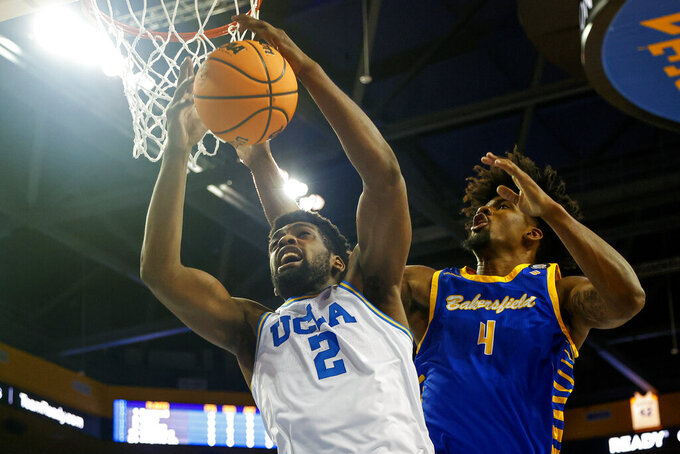 Riley will be re-evaluated next week, a team spokesman said Wednesday.

The senior forward injured his knee in a collision eight minutes into a season-opening win over Cal State Bakersfield on Tuesday night. He limped to the locker room and was still limping when he returned to the bench in the second half.

Riley averaged 10 points last season. He is one of five returning starters for the Bruins, who are coming off a run to the Final Four in April.