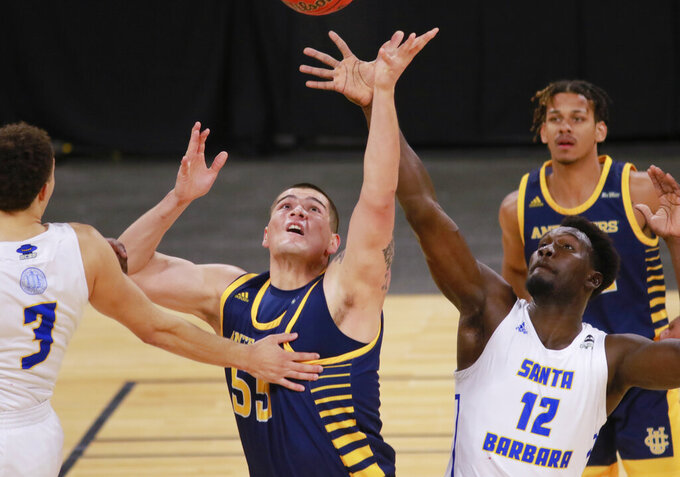 UC Irvine's Brad Greene (55) and UC Santa Barbara's Amadou Sow (12) go for a rebound during the first half of an NCAA college basketball game for the championship of the Big West Conference men's tournament Saturday, March 13, 2021, in Las Vegas. (AP Photo/Ronda Churchill) 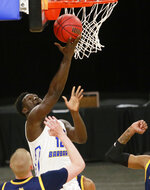 The Gauchos have won 18 of their last 19 since losing back-to-back games against UCI on Dec. 27 and Dec. 28 to open conference play and earned their first berth into the NCAA Tournament since 2011.

McLaughlin hit two 3s and Robinson Idehen scored four points in a 10-0 run that gave the Gauchos their biggest lead at 59-44 with 8:22 to play. The Anteaters, who had their six-game win streak snapped, trailed by double figures the rest of the way.

Miles Norris added 19 points and Amadou Sow had 13 points and 11 rebounds for UCSB.

UC Irvine won the regular season and conference tournament crowns to earn a No. 13 seed in the 2019 NCAA Tournament. The Anteaters beat No. 4 seed Kansas State before losing to Oregon in the second round.