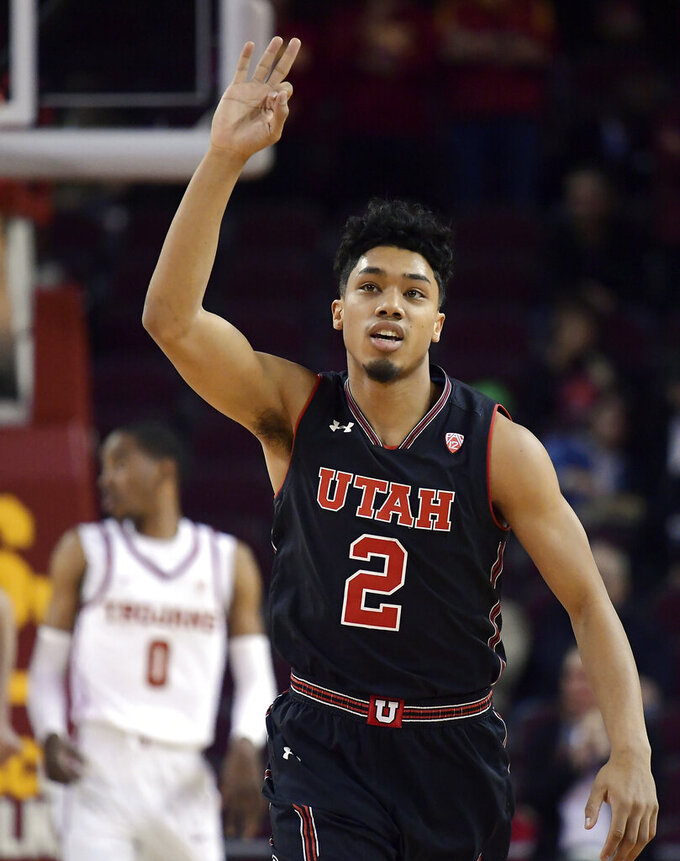 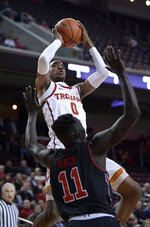 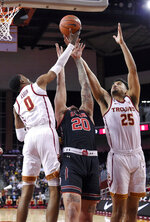 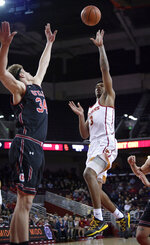 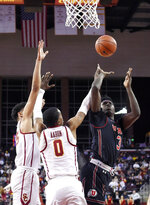 "We had almost six guys in double figures, so the ball was obviously shared," said Utah coach Larry Krystkowiak.

"That was our worst effort in a long time," USC coach Andy Enfield said. "I'm disappointed in our team. I'll take the blame for that."

USC struggled with its shot for most of the night, before finally starting to find a groove late in the second half and making a run that never got them closer than the final seven-point differential.

Jonah Mathews led USC with 18 points, while Bennie Boatwright had 17 points — all but two coming in the second half — and 12 rebounds.

The Utes held USC to 35.7 percent shooting in the first half and to just 2 of 11 on 3-point attempts.

"It was danged good defense," Krystkowiak said. "We were locked in. They have some really good offensive players and we tried to make things difficult for them. We did that for a long stretch, then we lost some of that in the second half."

Mathews hit three 3-pointers in the second half to lead the USC rally and put a slight scare into the Utes.

"It was a game of streaks," Krystkowiak said. "Maybe more than any game I can remember. But we made enough plays going down the stretch."

USC, which had been playing well of late, could never recover from its slow start.

"We're as talented as any team in America, and if we don't play hard it shows," Mathews said. "When we started playing hard, we started scoring more."

Said Enfield: "Utah played well tonight, but this had more to do with us. They're a good basketball team and I won't discredit what they did because they did play very well, but we have to play better as a team."

The 7-foot Johnson played his high school ball about 15 minutes from USC in Santa Monica and enjoyed his return to Los Angeles, being active under the basket all night.

"He did a nice job on the glass for us and finished at the rim," Krystkowiak said.

Utah: After having a four-game win streak snapped in losing both home games last week, the Utes pushed their conference record to 6-4.

Utah moves across town on Saturday to meet UCLA. The Utes split their series with Bruins last year and are 3-7 all-time at Pauley Pavilion.

USC remains at home to meet Colorado on Saturday. The Trojans have won their last four games against the Buffaloes.