Vanover, No. 16 Arkansas use big run to beat Gardner-Webb 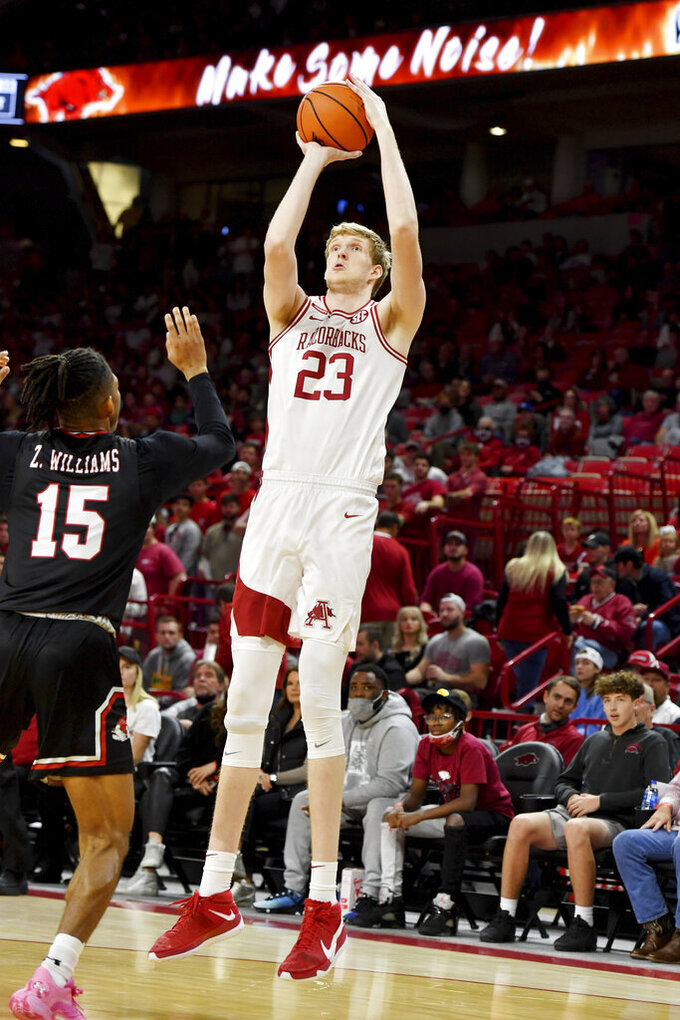 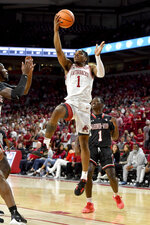 FAYETTEVILLE, Ark. (AP) — Connor Vanover scored 19 points and helped lead a big run that ended the first half to send No. 16 Arkansas over Gardner-Webb 86-69 on Saturday.

Vanover had eight points during a 27-5 burst. The Razorbacks (2-0) turned a six-point deficit into a 16-point halftime lead.

JD Notae had nine of his 18 points during the run. Vanover also had seven points while playing just 17 minutes.

Coach Eric Musselman wanted to give him another chance and said after the game that Vanover has re-earned his spot in the rotation.

“He practiced hard every day. He had great body language the night he didn’t play. He’s in the rotation now,” Musselman said. “There’s going to be some nights defensively where we’ve got to figure stuff out. We’re going to keep working with Connor because I feel like we’re going to need him this year.”

Arkansas shot 13 of 27 from 3-point range. Devo Davis added 10 points and six assists for the Razorbacks.

Julian Soumaoro scored 20 points and Lance Terry and Kareem Reid each had 16 for the Runnin' Bulldogs (0-2).

Gardner-Webb was picked to finish in the middle of the Big South Conference. The Runnin’ Bulldogs will play teams more of their caliber following one more game against a college basketball powerhouse.

Musselman is developing his rotation with six newcomers, all transfers, among the 11 regulars in the lineup. He said after the game it's coming into focus. The Razorbacks' first game against a power-conference opponent is Nov. 22 vs. Kansas State.