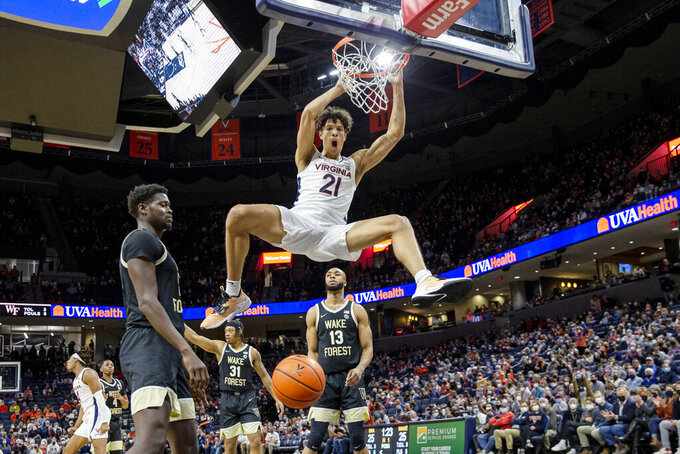 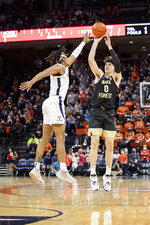 CHARLOTTESVILLE, Va. (AP) — Jake LaRavia scored 15 points to lead four in double figures and Wake Forest pulled away in the final six minutes to beat Virginia 63-55 on Saturday, snapping a nine-game losing streak to the Cavaliers.

Wake Forest (14-4, 4-3 Atlantic Coast Conference) has won three of its last four while also ending a six-game skid in Charlottesville.

The Demon Deacons used a 13-0 run to take a 53-47 lead with 4:18 to play. Daivien Williamson and Isaiah Mucius each made a 3-pointer and LaRavia’s dunk capped the surge. The Cavaliers pulled within four points four times in the closing minutes but didn’t get closer.

Alondes Williams scored 14 points for the Deacons. Williamson and Mucius added 12 points each and made five of the Deacons' six 3-pointers.

The Cavaliers had scored 65 or more points in seven of their last nine games against the Demon Deacons.