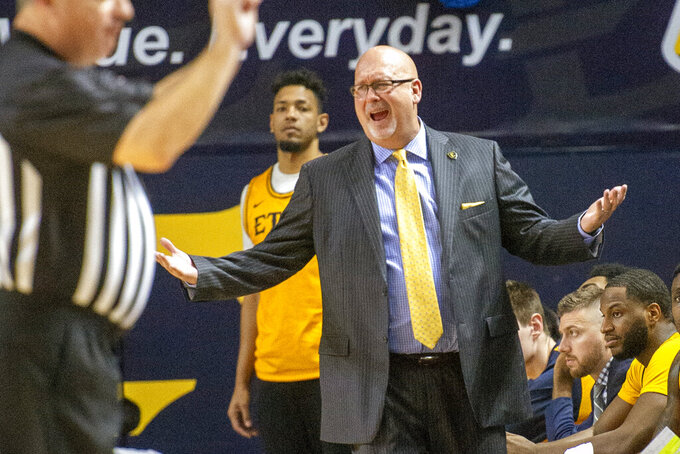 The school announced the hiring Thursday following a search that concluded less than a week after the school fired Danny Manning.

Forbes, 55, is coming off a five-year run with ETSU that ended with a 30-win season and the Southern Conference Tournament championship before the NCAA Tournament was canceled amid the coronavirus pandemic. He went 130-43 in his time with the Buccaneers, winning at least 24 games each year while also winning the league tournament in 2017 to reach the NCAA Tournament.

“Leaving ETSU was not an easy decision for me and for my family,” Forbes said in a statement issued by Wake Forest.

The school in Winston-Salem, North Carolina, will hold a virtual news conference with Forbes on Friday.

He inherits a Wake Forest program mired in a long struggle-filled run. The Demon Deacons have managed just two winning seasons and one NCAA Tournament bid in the past decade going back to the tenure of Jeff Bzdelik. Manning – a former No. 1 overall NBA draft pick – had five losing seasons in his six-year tenure, with the highlight being an appearance in the NCAA First Four in 2017.

The challenges will be about more than just winning games. Wake Forest has been hampered by a lack of roster continuity, with a series of players leaving with eligibility remaining to pursue professional careers or play elsewhere in college.

As the losses have piled up, the program has seen once-rowdy game-day environments at Joel Coliseum during the Chris Paul and Skip Prosser eras more than a decade ago turn quiet, with large swaths of empty seats.

“Coach Forbes has an incredible track record of success, matched only by his reputation for building strong and lasting relationships,” Wake Forest athletic director John Currie said in a statement. “He operates with a high level of intensity and is not only an effective coach on the floor, but a great recruiter as well."

ETSU announced Thursday that assistant Jason Shay would serve as the program’s interim coach while a national search begins for Forbes’ replacement.