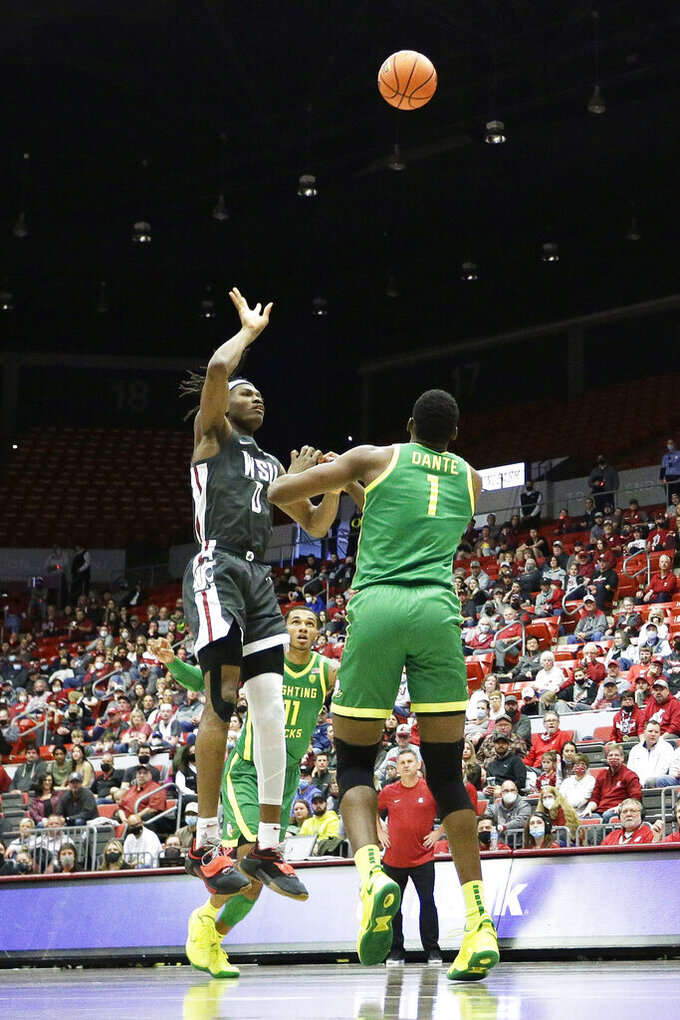 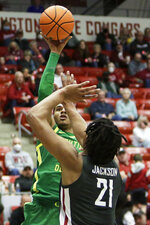 PULLMAN, Wash. (AP) — Noah Williams scored 19 points and Washington State made 16 3-pointers in a 94-74 victory over Oregon on Saturday, creating a three-way tie for fifth place in the Pac-12 Conference.

The Cougars blew through the first half, making nine 3-pointers and taking a 46-32 lead at the break. They finished 16 of 34 from 3-point distance. Williams made 3 of 5 from deep but the hottest Cougar was Tyrell Roberts who was 5 of 7 for 15 points.

Jacob Young led Oregon with 21 points. Franck Kepnang and Eric Williams Jr. added 11 points each. The Ducks shot 48% overall and made 4 of 12 3-pointers.

Oregon lost both games on its trip north, having also lost to Washington on Thursday. Oregon has lost five of six since defeating Washington State two weeks ago.