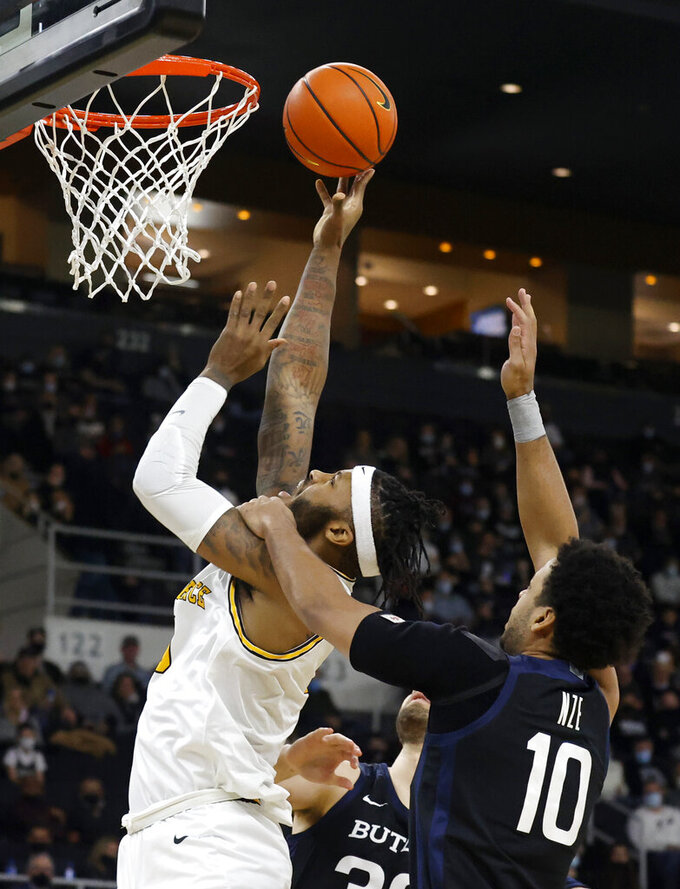 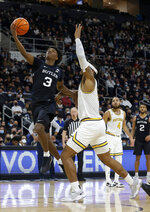 PROVIDENCE, R.I. (AP) — Providence is still working its way back into shape following a 12-day hiatus as becoming the latest team stricken with a COVID-19 outbreak within its program.

The 21st-ranked Friars found just enough energy on Sunday against Butler to remain atop the Big East standings.

Nate Watson had 18 points and seven rebounds, including some big baskets late, to help Providence survive a slow start and hold off the Bulldogs 69-62.

It was the third straight win for the Friars (16-2, 6-1 Big East), who remained unbeaten at home in conference play. Coach Ed Cooley also got his 210th victory at Providence, moving him past Dave Gavitt (209-84) and into second place at the school behind Joe Mullaney (319-164).

The last time Providence was 16-2 was the 1977-78 season. The Friars went to the NCAA tournament that year, but lost in the first round to Michigan State.

“I just was happy with our kids' resilience," Cooley said. "I was really proud of the way we responded when we got down. It was nip and tuck the whole way.”

Al Durham finished with 12 points and Jared Bynum added 10 points and six assists for the Friars in their second game back since taking their three-game COVID pause.

“COVID definitely makes you winded when you're out for a couple of days,” Watson said. “But coach is always on us about extra running. But we feel like we were definitely back on rhythm."

Chuck Harris had 21 points for Butler, which has lost four straight and six of its last seven conference games.

The Friars won despite playing their fourth straight game without senior guard A.J. Reeves as he continues to deal with a finger issue on his non-shooting hand. He hasn’t played since suffering the injury on Jan. 1.

Providence showed some rust in a win over a struggling Georgetown team on Thursday. The fog didn’t completely lift in time for Butler.

The Bulldogs entered the day shooting just 39.2% in Big East games but shot 47% for the game to stay close.

The Friars led by as many as nine in the first half and took a 39-33 edge into halftime. But Butler used an 8-0 run out of the break to nudge in front.

Providence settled down, surged and took a 62-56 lead with 3:46 to play when Watson completed an alley-oop dunk off a feed from Bynum.

It was 62-58 with 2:10 left when Butler’s Harris stepped out of bounds with the ball — one of 12 turnovers by the Bulldogs. Watson missed in close on the ensuing Providence possession but was able to corral the rebound and score.

Butler scored again and the Friars worked down the clock to just over a minute to play before Watson was fouled as he flipped in a driving layup over Bryce Golden. He completed the three-point play to give the Friars a 67-60 cushion.

Bo Hodges got a steal and layup to briefly give the Bulldogs some life. But Providence closed it out at the foul line.

“It was a high-level game,” Butler coach LaVall Jordan said. “They made a few more plays than we did down the stretch, got to the foul line a few more times. A lot of times that’s the difference.”

Cooley said how Watson finished the game was an example of how he'll need to play for the Friars to continue to be successful.

The Friars have adjusted well during Reeves’ absence. It’s clear they still need his leadership, though. Ball movement in the half court and shot selection continue to be an issue at times, and both will need to be addressed if they are to remain atop the conference standings.

Providence should remain ranked with two wins this week coming off its COVID-19 pause. The Friars weren’t overpowering in either victory over two teams at the bottom of the conference standings. But pollsters will likely give them some grace because of the layoff.

Providence is at 20th-ranked Xavier on Wednesday.