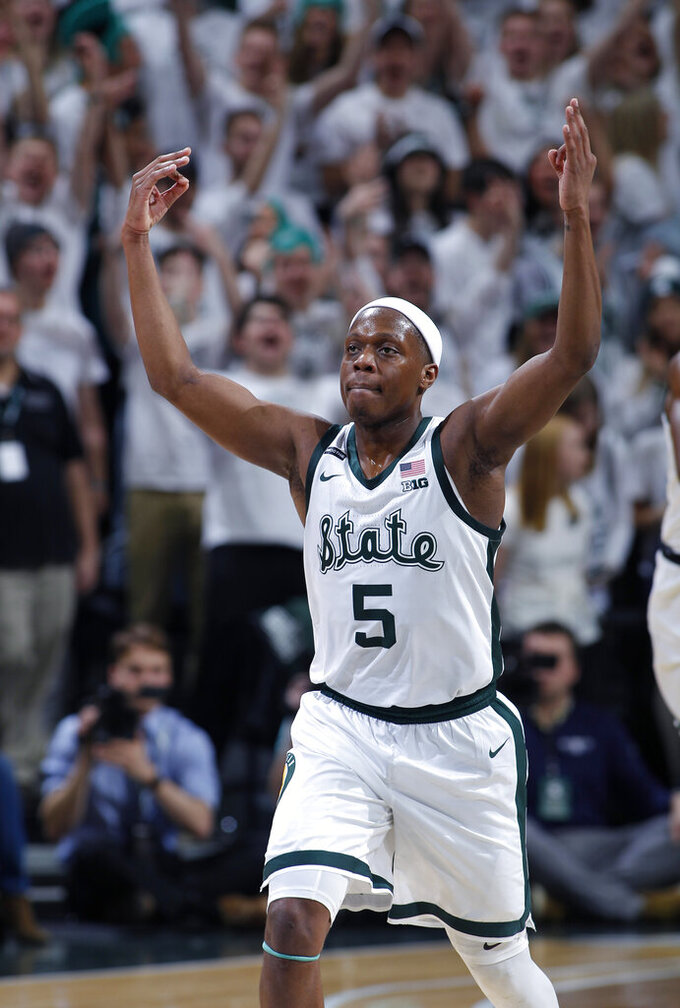 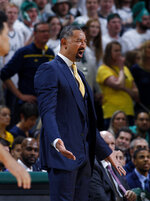 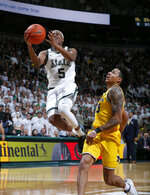 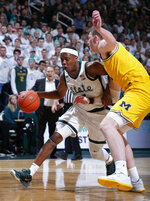 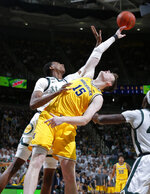 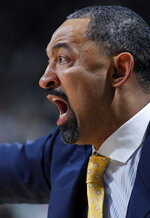 EAST LANSING, Mich. (AP) — Cassius Winston made his last home game against Michigan memorable with a sensational performance his in-state rivals would rather forget.

Winston had a career-high 32 points and nine assists, leading No. 14 Michigan State to a 87-69 victory over the 12th-ranked Wolverines on Sunday.

“It was one of the greater performances that this building has seen,” said coach Tom Izzo, who has witnessed a slew of games at Breslin Center as a head coach and assistant over the last three decades. “I don’t think any of us will ever be able to appreciate what that kid has gone through and how he has handled it.”

Winston has had a heavy heart for nearly two months because his younger brother, Zachary, died after being hit by a train.

The senior star has played while grieving and that seemed to adversely affect some of his performances earlier in the season, but he was at his best in the first of two scheduled games against Michigan.

“Cassius is a superb, phenomenal player,” Wolverines coach Juwan Howard said. “He does an excellent job of reading whatever defense you throw at him. Give him credit. He's crafty. There's a reason why he was the player of the year in the Big Ten.”

Winston was 11 of 19 overall and 8 of 11 at the line. He had just two turnovers despite having the ball in his hands during much of his 38-minute outing.

Michigan State's Xavier Tillman fell one point short of his career high with 20 points, grabbed 11 rebounds and had a career-high six blocks.

“Cassius is special, but don’t sleep on Xavier,” Izzo said.

The Spartans (12-3, 4-0 Big Ten) were ahead the entire game, leading by as many as 13 points in the first half and earning a bigger cushion in the second, to beat their rivals for a fourth consecutive time.

Michigan State has won seven straight and is the only Big Ten team without a conference loss.

The Wolverines (10-4, 1-2) have lost four of their last seven games after starting 7-0 and going from unranked to No. 4 under Howard in his first year.

The former Fab Five star faced Michigan State for the first time as a coach after going 5-1 in the series as a player.

Howard became unhinged after not getting a call he wanted. He was called for a technical early in the second half after leaving the sideline and going onto the court in protest.

“I had seen enough,” Howard said. “I got a little beside myself. I'm an emotional guy and I'm always going to fight for my players.”

Shortly thereafter in the second half, Izzo was also called for a technical foul in the highly charged game.

“If there's one thing I'm glad about Juwan, to be very blunt and honest with you, John (Beilein) was so buttoned-up that I looked like a fool all the time now,” Izzo said. “Now, both of us look like fools and it makes it an equal-opportunity deal.”

The Wolverines were missing forward Isaiah Livers, who was out for a second straight game with a groin injury. Livers is averaging 13.6 points per game and is the team's top 3-point shooter.

Brandon Johns replaced Livers in the starting lineup and matched a career high with 12 points after being booed during introductions in his hometown.

“I love that stuff,” Johns said. “It’s like a fire. You take it, you embrace it and everything. It’s supposed to get under people’s skin or whatever, but I think when you’re a true competitor, it really just fires you up.”

Michigan center Jon Teske fouled out after scoring four of his 15 points in the second half. Zavier Simpson had 14 points and eight assists while Franz Wagner added 10 points for the Wolverines.

“They’re a really good team, and it was a 10-point game kind of like the whole game kind of,” Teske said. “We just couldn’t get over the hump.”

Michigan: Howard and the Wolverines can learn a lot from the experience of playing on the road in front of a rowdy crowd.

Michigan State: After plummeting from being ranked No. 1 in the preseason, the Spartans are getting in a groove with their two best players — Winston and Tillman — leading the way.

The Spartans may jump back into the top 10 and the Wolverines will fall in the AP Top 25 on Monday.