Wisconsin confident it can keep winning without Johnny Davis 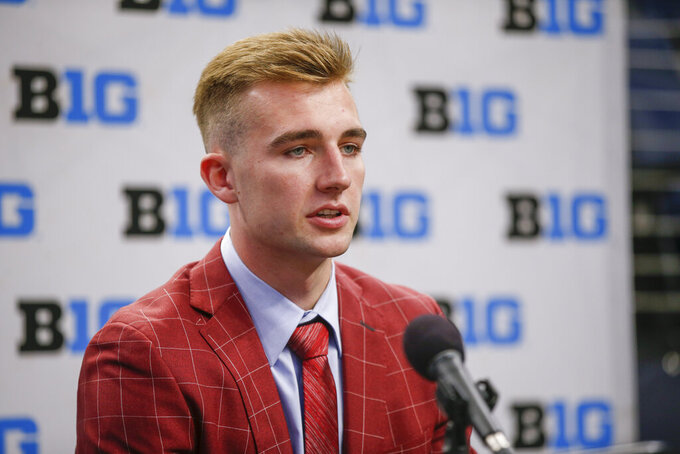 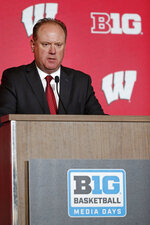 Wisconsin no longer has a future NBA lottery pick to lead the way as the Badgers attempt to outperform preseason expectations for a second straight year.

Johnny Davis has moved on to the Washington Wizards after helping the Badgers win a share of the Big Ten title last season. His exit leaves the Badgers with a giant hole to fill.

“I feel like it’s every year where no one expects us to do anything,” senior forward Tyler Wahl said. “And we just stick to our Wisconsin plan, take it day by day, play the games, go through the scouting report and play some good, fundamental basketball. I’m pretty excited for what we have in store.”

Indeed, Wisconsin has been in this position before.

Although the Big Ten doesn’t have an official preseason media poll, The Columbus (Ohio) Dispatch and The Athletic conduct their own survey of beat writers from around the league. That poll had Wisconsin finishing 10th in the league last year, but the Badgers instead tied Illinois for first place.

This year, Wisconsin’s picked to finish ninth. The Badgers open the season Nov. 7 against South Dakota.

Wisconsin must replace its top two scorers from a team that went 25-8 and earned a No. 3 seed in the NCAA Tournament before losing to Iowa State in the round of 32.

Davis averaged 19.7 points and 8.2 rebounds as the Big Ten player of the year and a first-team Associated Press All-America selection last season before getting taken 10th overall in the NBA draft. Brad Davison finished his college career with a school-record 300 career 3-point baskets.

The Badgers are counting on Wahl, Hepburn and 7-footer Steven Crowl to form a nucleus that keeps Wisconsin in contention. This new roster built chemistry while winning four exhibition games during a 10-day summer tour of France.

“I like what I’m seeing, but we’ve got to continue to make progress and grow together and get ready for what’s coming,” coach Greg Gard said.

Hepburn’s value to the Badgers last season was evident from how Wisconsin fell apart once he left with an ankle injury in a 54-49 NCAA Tournament loss to Iowa State. The 6-foot-2 point guard is back and eager to improve his scoring after averaging 7.9 points last season.

Wahl figures to emerge as Wisconsin’s best player. The 6-9 senior said he spent most of the offseason working on his shot averaging 11.4 points and 5.9 rebounds last season. He has made just 21.8% of his career 3-point attempts.

Wisconsin added a pair of transfer guards in Max Klesmit and Kamari McGee. Klesmit played two seasons at Wofford and scored 14.9 points per game last season for the Southern Conference program. McGee spent one season at Green Bay and averaged a team-high 11.6 points.

Wisconsin still has one Davis on its roster. Jordan Davis, Johnny’s twin brother, could have a bigger presence this season after averaging 6.5 minutes as a reserve guard as a sophomore last season.

“I did not go where I wanted to go last year,” Davis said. “Now I have a bigger role and I have to step into it.”

Wisconsin will play a game at American Family Field, the home of the Milwaukee Brewers, when it faces Stanford on Nov. 11. The Badgers return to Milwaukee on Dec. 3 to play Marquette at Fiserv Forum.

The Badgers will spend Thanksgiving week in the Bahamas and face No. 24 Dayton in the opening round of the Battle 4 Atlantis. Wisconsin hosts Wake Forest on Nov. 29 in the Big Ten/ACC Challenge. Wisconsin opens its Big Ten schedule Dec. 6 by hosting Maryland.