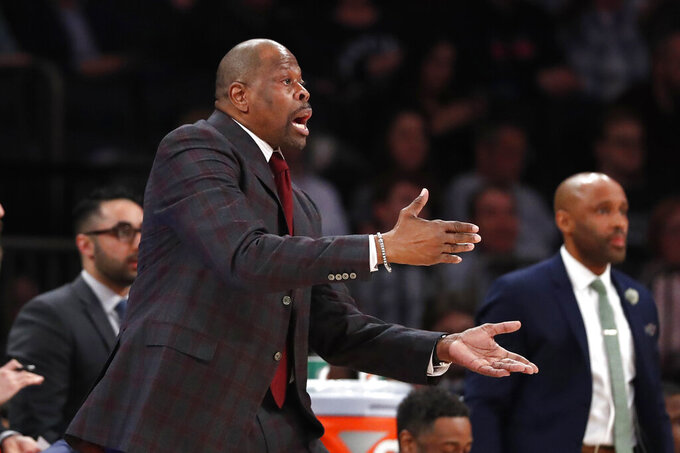 Georgetown coach Patrick Ewing objects after a referee's call during the second half of the team's NCAA college basketball game against St. John's in the first round of the Big East men's tournament Wednesday, March 11, 2020, in New York. (AP Photo/Kathy Willens)

WASHINGTON (AP) — Georgetown sophomore guard Mac McClung announced Sunday that he is declaring for the NBA draft but will maintain his eligibility so he can return to college.

The 6-foot-2 McClung attracted an online following for his high-flying dunks while he was in high school in Virginia.

He averaged 15.7 points, 3.1 rebounds and 2.4 assists this season but missed time because of a right foot injury and appeared in only 21 of Georgetown's 32 games.

McClung's last game was Feb. 19 against Providence, when he played only eight minutes and missed all three of his field-goal attempts.

The Hoyas finished the year with seven consecutive losses and a 15-17 record under coach Patrick Ewing.