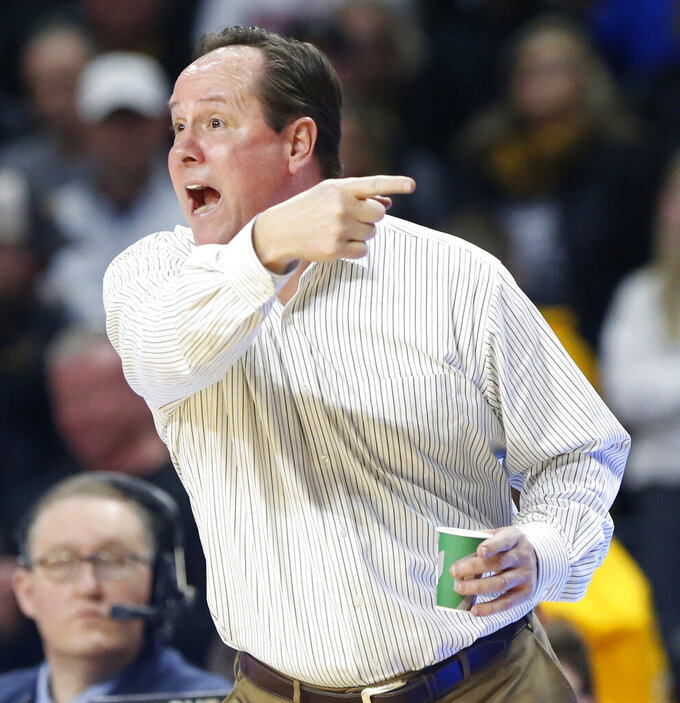 Wichita State coach Gregg Marshall cheers on this players as they struggle during the second half of NCAA college basketball game action against Houston, Saturday, Jan. 18, 2020, in Wichita, Kan. (Bo Rader/The Wichita Eagle via AP) 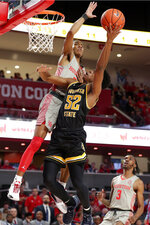 Marcus Sasser and Caleb Mills each scored 11 points, and Nate Hinton had 10 points and nine rebounds for Houston (19-5, 9-2 American Athletic Conference). The Cougars have won seven of eight and took over sole possession of first place in the AAC.

Dexter Dennis had 10 points and six rebounds, and Tyson Etienne and Jaime Echenique each scored seven points for Wichita State (17-6, 5-5). The Shockers have lost three straight.

Houston outscored the Shockers 32-12 over a 16-minute stretch of the first half to take a 38-17 lead on a jumper by Sasser with a minute remaining. Jarreau had eight points to lead the run, and Grimes had seven points.

The Cougars led 38-18 at the half, and the Shockers never got closer than 18 in the second half.

Wichita State: The Shockers have lost five straight to Houston. The 18 first-half points were a season low for points in a half for Wichita State. It was Wichita State’s largest defeat since February 2003, when it lost by 35 to Southern Illinois.

Jarreau returned after serving a one-game suspension on Thursday for biting Cincinnati’s Mamoudou Diarra on Feb. 1. Jarreau came off the bench after starting the previous six games before his suspension.