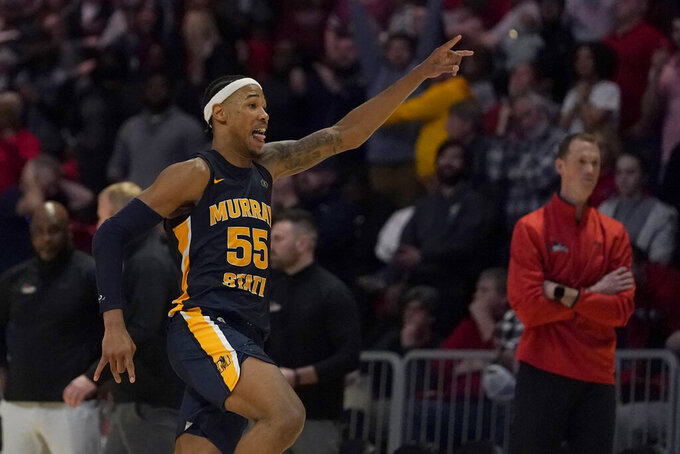 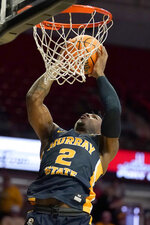 Murray State is the sixth team in OVC history to go undefeated in conference play. It is the first to go 18-0, with the conference expanded its league schedule by two games this season. The Racers were also the last OVC team to go unbeaten in conference play during the 2014-15 season.

The Racers had to overcome a 12-point deficit in the final 6 1/2 minutes. They got a lift from a six-point possession triggered by a flagrant foul on Nana Akenten away from the ball as Williams was scoring with just over three minutes remaining.

DJ Burns made 1 of 2 free throws resulting from the foul and Hill hit a 3-pointer to get within a point. A turnover then turned into fast-break basket for Hill and Murray State had its first lead since midway through the first half.

Hill added a 3-pointer and free throw in the final minute and Hannibal made another free throw for a five-point edge with 15.3 seconds left. Eric Reed Jr. hit a 3 to cut the lead to two and, after a missed Hill free throw, Chris Harris missed a running shot from just inside midcourt as the game ended.

As the top seed, Murray State receives a double-bye into Friday's semifinals of the OVC tournament, which runs Wednesday through Saturday in Evansville, Indiana.