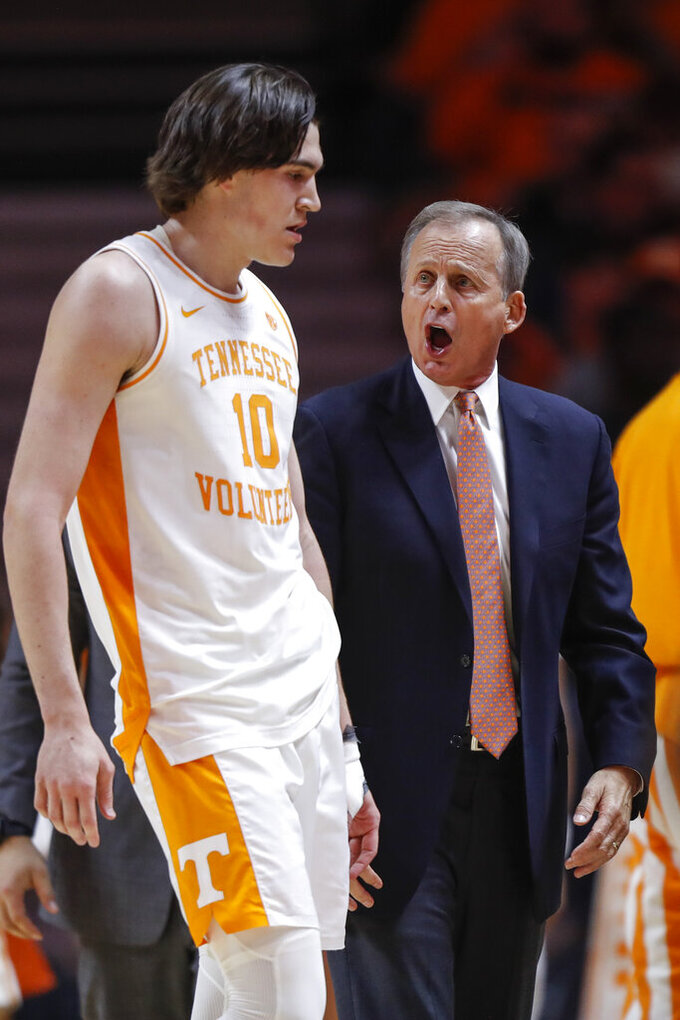 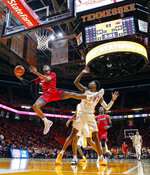 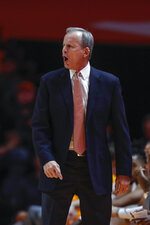 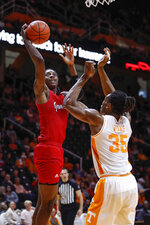 But the news wasn’t all good for Tennessee.

After the game, fifth-year senior guard Lamonte’ Turner announced that he has thoracic outlet syndrome and will undergo season-ending surgery. Turner has dealt with shoulder problems for much of his career.

“It is a tough decision for me to make, but I have to do it for my health,” said Turner, who had eight points and 11 assists in his final game. “If I don’t, it could get worse and stuff like that. It is the same injury that (Orlando Magic guard) Markelle Fultz dealt with. The only difference is mine is my left shoulder, not my shooting shoulder, so it is not as bad.”

Turner was scoring 12.3 points per game - his third straight season with a double-digit average - but the injury clearly was impacting his game. His shooting percentage dipped from 42.2% in 2018-19 to 31% this year.

“After he met with the media today, Lamonté and his family sat down with me and he informed me of his decision," Barnes said in a statement released by the university. “He gave everything he had for 4 1/2 years, he earned his degree and he played a key role in establishing the culture of our program. We all love Lamonté and are saddened that he is unable to continue playing at this time. We’ll continue to support him as he takes his next steps.”

Turner’s injury cast a pall on what otherwise would have been a day to celebrate.

“God has blessed me in more ways than I certainly deserve,” Barnes said in his postgame press conference.

Barnes said earning his 700th win wasn’t on his mind until his players gave him a reminder by pouring water on him as he tried to deliver his postgame speech in the locker room.

“I really hadn’t thought about it,” Barnes said. “If I would have, when I had walked in the locker room, I would have been prepared for those guys to hit me with the water. I wasn’t. I should have been because they were very quiet.”

Tennessee (8-3) withstood an early 7 ½-minute scoring drought and bounced back from consecutive losses to No. 11 Memphis and Cincinnati. The setback against Memphis snapped the Vols’ 31-game home winning streak.

Tennessee missed 12 straight shots to fall behind 16-13 with less than seven minutes left in the first half. The Vols answered with an 8-0 spurt that included consecutive 3-pointers from Bowden, who was playing a day after the death of his grandmother.

“I knew my grandmother would want me to play tonight,” Bowden said. “It’s tough, but my mom told me to stay focused, go out there and if you want to play, play (and) if you don’t, don’t. She knew I wanted to play, and I’m glad we got the win today.”

Tennessee only led 30-26 at halftime but pulled away by shooting 59.4% in the second half.

“The start of the second half, we were so out of sync in the defensive end,” Jacksonville State coach Ray Harper said. “We weren’t alert. Weak-side defense was non-existent, and they made us play.”

Jacksonville State: Hudson’s performance should provide the Gamecocks with some confidence even after a lopsided loss. Hudson followed up a 19-point performance in a blowout of Delaware State by reaching double figures again Saturday. He has shot 11 of 14 over his last two games. Before this stretch, Hudson had gone just 18 of 59 from the floor.

Tennessee: The defense that has carried Tennessee this season delivered a more characteristic performance Saturday after not showing up at Cincinnati. Now the Vols must figure out how to sort out their backcourt without Turner. Freshman point guard Santiago Vescovi arrives on campus next week and could help out. Barnes said Friday that Vescovi was “highly unlikely” to play this season, but Turner's absence could change those plans.

Pons is the seventh Tennessee player to block six shots in a game. The others are Reggie Johnson against Vanderbilt in March 1977 and against Biscayne in November 1978, Doug Roth against LSU in January 1989, Elgrace Wilborn against Georgetown in the 2003 NIT, Wayne Chism against Kansas in January 2009, Kyle Alexander against TCU in January 2016 and Grant Williams against Texas A&M in December 2016.

Even after this win, Tennessee appears likely to fall out of the Top 25. That’s the price the Vols pay for their poor performance at Cincinnati.