No. 22 St. Bonaventure locks down Boise State in Charleston 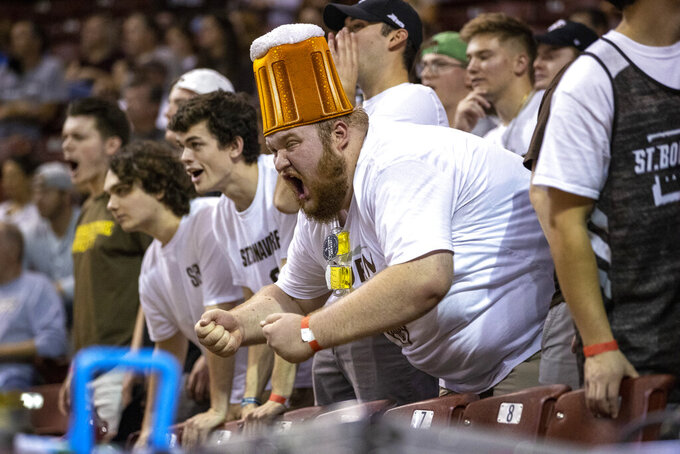 St. Bonaventure trailed 59-57 with 5:40 remaining after Boise State guard Marcus Shaver Jr. hit a 3-pointer. But the Bonnies locked down defensively and held Boise State to 1-for-9 shooting after that. The Bonnies, however, made five straight shots to build a 65-61 lead.

Akot finished with a career-high 24 points, including 6 of 9 3-pointers, for Boise State (1-2). Shaver added 10 points. Abu Kigab picked up his fourth foul with 16:31 to go and finished with seven points and nine rebounds.

Boise State struggled early in the first half, missing 11 of its first 12 field goals over nine minutes. Then St. Bonaventure ended the half by making just one of its last 11 shots to let the Broncos back in it.

Devonaire Doutrive scored seven straight points to start Boise State's comeback as the Broncos ended the first half on a 27-12 spurt. Tyson Degenhart tipped in Akot's missed 3-pointer at the buzzer for a 33-30 lead.