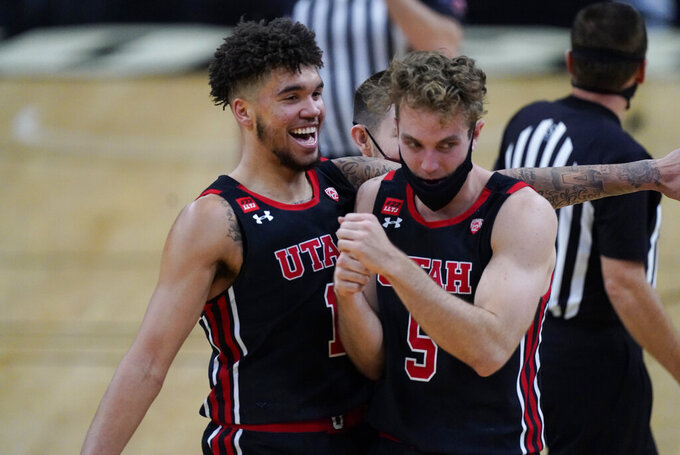 McKinley Wright IV made a pair of foul shots to give Colorado its largest lead at 65-46 with 8:46 left before Utah erupted to outscore the Buffaloes 31-9 the rest of the way.

The Utes built at 6-0 lead before Colorado reeled of 11 straight and the Buffs held the lead the entire time until Plummer's heroics.

Timmy Allen scored 17 points with 10 rebounds for Utah. The Utes have won three of their last five following a four-game losing streak.

Utah will host Arizona on Thursday. In the midst of a five-game home stand, the Buffs will play the third in Boulder on Thursday against Arizona State.