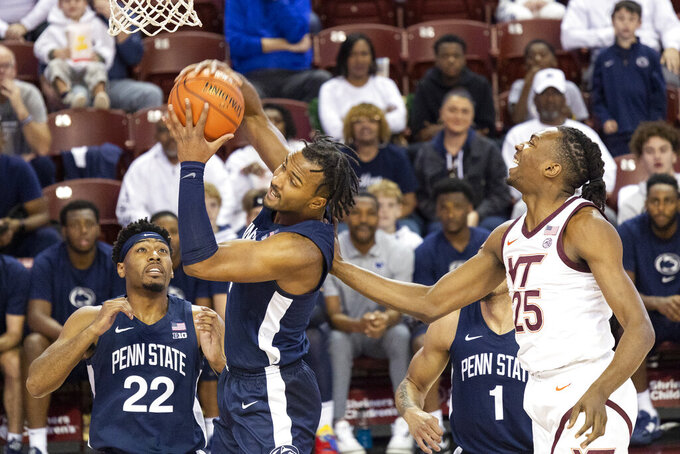 Penn State's Caleb Dorsey, center, grabs a rebound ahead of Virginia Tech's Justyn Mutts (25) in the first half of an NCAA college basketball game at the Charleston Classic in Charleston, S.C., Friday, Nov. 18, 2022. (AP Photo/Mic Smith) 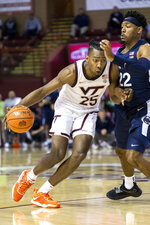 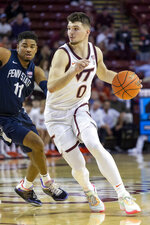 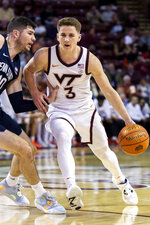 Mutts extended Virginia Tech's lead to 59-53 with 1:55 left on a shot in the lane before Andrew Funk and Myles Dread each made their 5th 3-pointer of the game to pull Penn State within two with 40.8 seconds left. After Virginia Tech missed a 3-pointer, Penn State guard Camren Wynter got into the lane but the ball was knocked loose by Hunter Cattoor and the Hokies gained possession with 1.1 left.

Virginia Tech won despite going 3 for 19 from 3-point range. It was the lowest 3-point percentage, 15.8, by the Hokies since shooting 14.8 against VMI on Dec. 3, 2020. The Hokies defense force 14 Penn State turnovers, with a career-high four steals from Cattoor and three from Sean Pedulla.